Starbucks is trying to go green one cup at a time 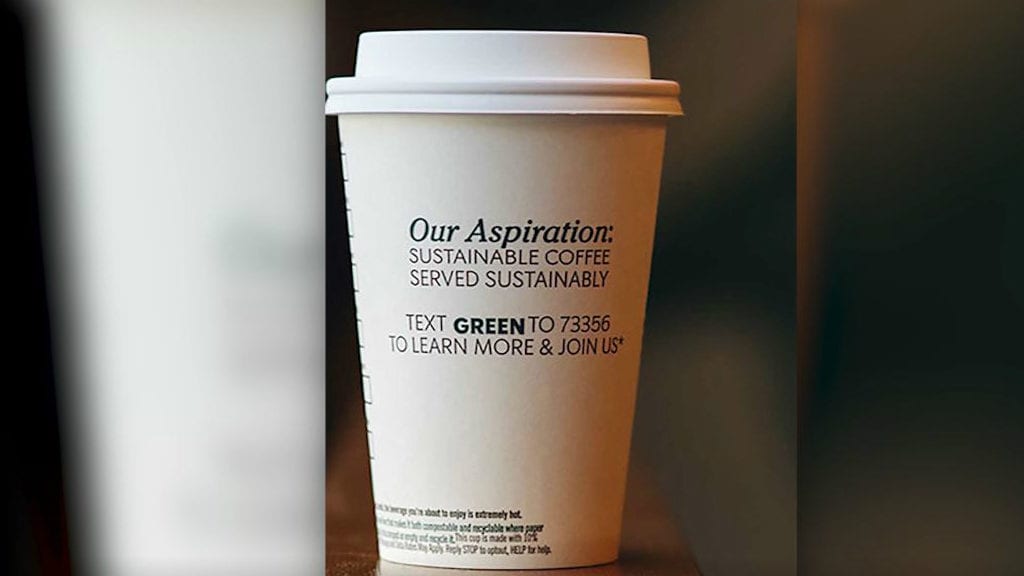 The Starbucks logo is already green, but now the company is testing to see if their cups can go green too.

On Wednesday Starbucks announced it is testing compostable cups in five locations.

The new environmentally-friendly cups can be found in Starbucks shops in New York, San Franciso, Seattle, Vancouver, and London.

On the outside, the compostable cup looks just like a regular Starbucks’ paper cup.

But on the inside, Starbucks has replaced its plastic liner with a biodegradable one. The liner is used to make sure liquid does not leak out.

The company also revealed on Wednesday that its new recyclable strawless lids will roll out to all stores in the U.S. and Canada in the next year.

Starbucks says the lids are made with 9% less plastic than its current lid and straws.