EL PASO COUNTY – For a handful of the summer months, Scott Griffith lived with constant anxiety that his property would go up in flames.

That’s because some of it did during the Carson Midway Fire in March 2018. The fire destroyed two homes and several more outbuildings and vehicles before it was contained at 3,300 acres. 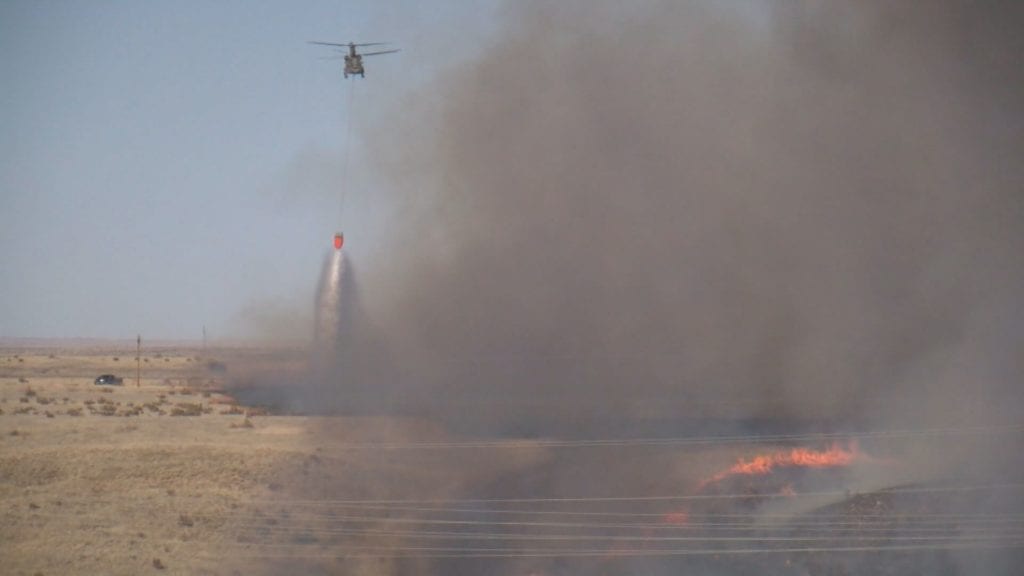 “I couldn’t sleep at night. I was always worried about a fire starting and us being asleep,” Griffith said.

He’s one of the dozens of people who lost property in the fire, which was ignited due to a live-fire training exercise on Fort Carson amid red flag conditions. Griffith told News 5 he’s still waiting on financial assistance the Mountain Post said it would provide after admitting fault.

Griffith told News 5’s Sam Kraemer that participating in the claims process has been comparable to jumping through hoops.

“I definitely wouldn’t wish it on anybody, and I would definitely tell them to probably get a lawyer,” Griffith said.

He lost a pile of lumber, storage unit, garage, hoop house, bus and all of the contents inside. News 5 actually obtained video of some of that property as it was burning down on March 16, 2018, the day the fire began. 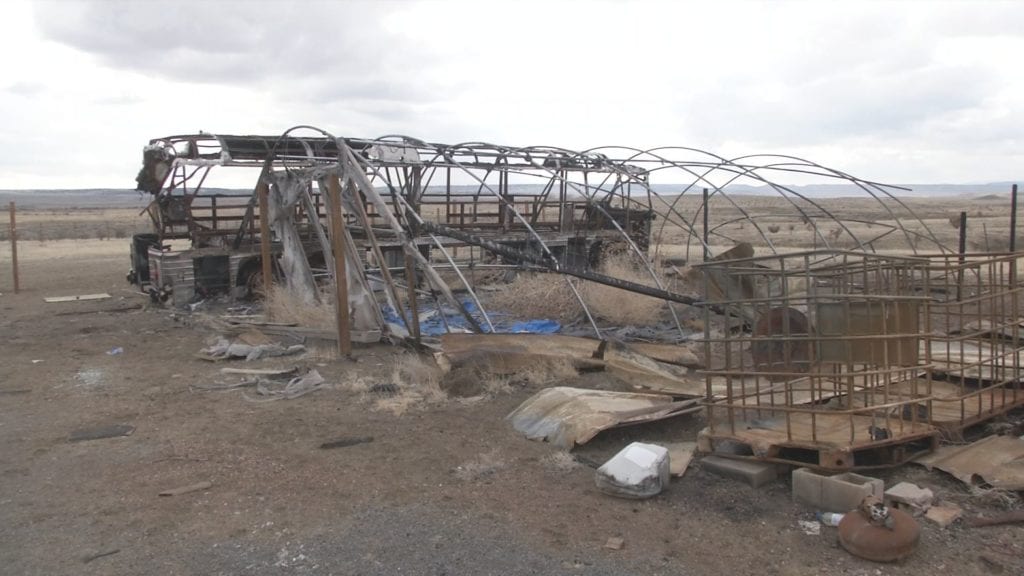 Now, all that’s left are roof truss brackets, charred metal and a lot of scraps. They’re all losses the Army said it would help with.

“We’ll go back, and we’re gonna take a look at that in conjunction with the county and the state as we look to recoup some of the expenses,” said Col. Ron Fitch, Fort Carson’s garrison commander at the time, during a March 16, 2018, press conference.

That sentiment was backed by Maj. Gen. Randy A. George and the post’s public affairs office, which said it would assist in paying back damages associated with the fire.

But more than a year later, Griffith said he’s yet to see a dime of the tens of thousands of dollars an insurance adjuster said he’s owed.

He didn’t file his claim until about six months ago, citing an emotional toll involved with losing some of his property. Griffith said he was forced to amend the claim and resubmitted it last week.

“It seemed like it got worse every time I come out to take a look every morning, you know, and see what I used to have and what I didn’t have then,” Griffith said.

Now, he’s hoping the Army holds true to its word so he can clean the property, rebuild and regain some of its value.

Fort Carson did not reply to requests for an update Tuesday on claim information related to the fire.

Back in September, News 5 Chief Investigator Eric Ross learned the Mountain Post received 55 claims. It’s unclear how much money has been paid out.