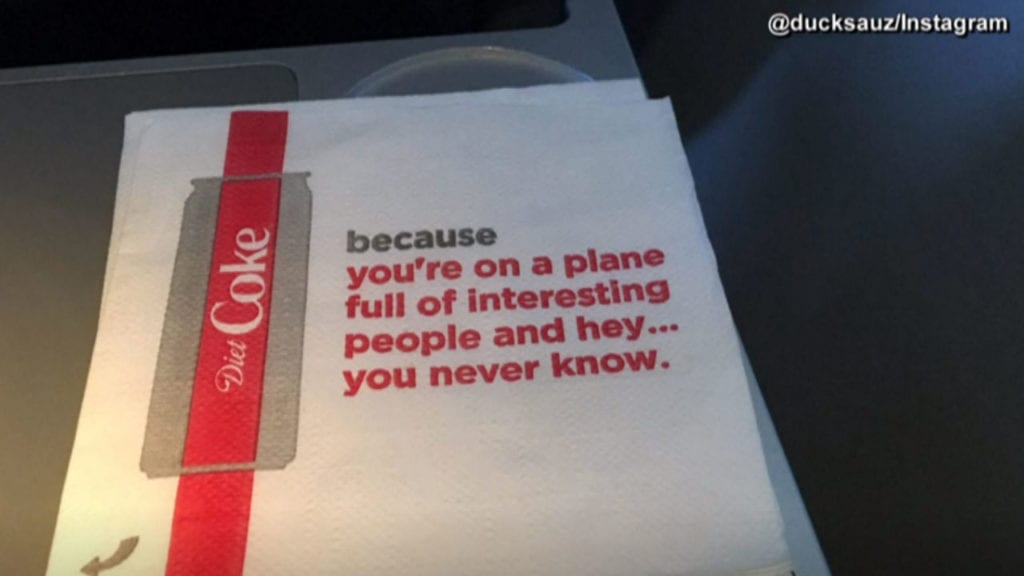 NBC NEWS – Delta Airlines and Coca-Cola have apologized after some passengers complained about napkins used for in-flight drinks.

The napkins featured lines for people to write down their name and phone number to pass on to their airplane “crush,” because “you never know.”

Passengers slammed the companies on social media, with some posing pictures of the napkins and calling them “creepy.” Other passengers said they thought the napkins were creative and fun.

Both Coke and Delta apologized, and the airline said it’s in the process of removing the napkins from their planes.