Powell wrote that one of his front tires blew out Wednesday morning. Powell said he was having a little trouble removing some of the lug bolts. While he worked on the tire, a man stopped to help.

That man, later identified as Anthony Maggert, lost his leg while working as a civilian employee in Afghanistan. He helped Powell change the tire and stopped to get a selfie with the former general. 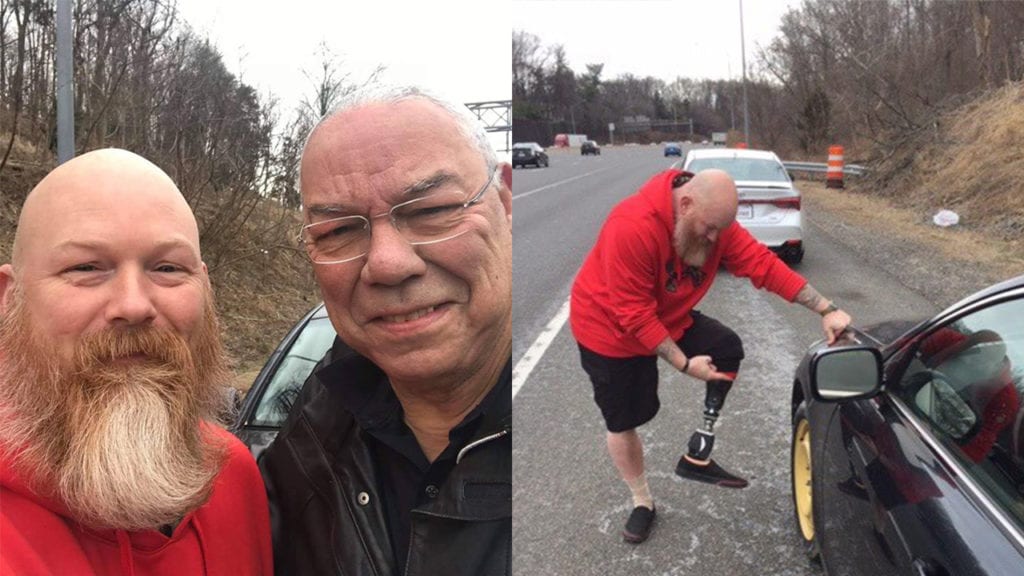 Both men were on their way to appointments at Walter Reed Medical Center. Powell said Maggert reached out later that day with the following message,

“Gen. Powell, I hope I never forget today because I’ll never forget reading your books. You were always an inspiration, a leader and statesman. After 33 years in the military you were the giant whose shoulders we stood upon to carry the torch to light the way and now it is tomorrow’s generation that must do the same. Anthony Maggert”

Powell posted a message of his own below Anthony’s

“You touched my soul and reminded me about what this country is all about and why it is so great. Let’s stop screaming at each other. Let’s just take care of each other.”