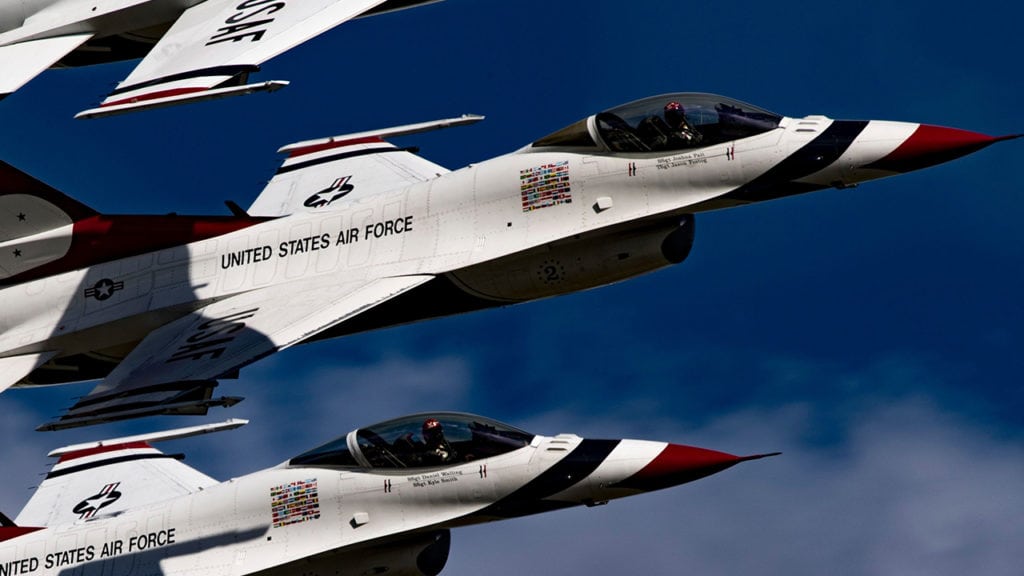 The unit will conduct a flyover during the national anthem at Mercedes-Benz Stadium in Atlanta on Feb. 3.

The flyover, which is the first public event of the year for the Thunderbirds, will feature six F-16 Fighting Falcons flying over the stadium as the final notes of The Star Spangled Banner are sung. The planes will take off from Dobbins Air Reserve Base in Marietta, GA.

The Thunderbirds last flew over the Super Bowl in 2017 at the NRG Stadium, Houston.