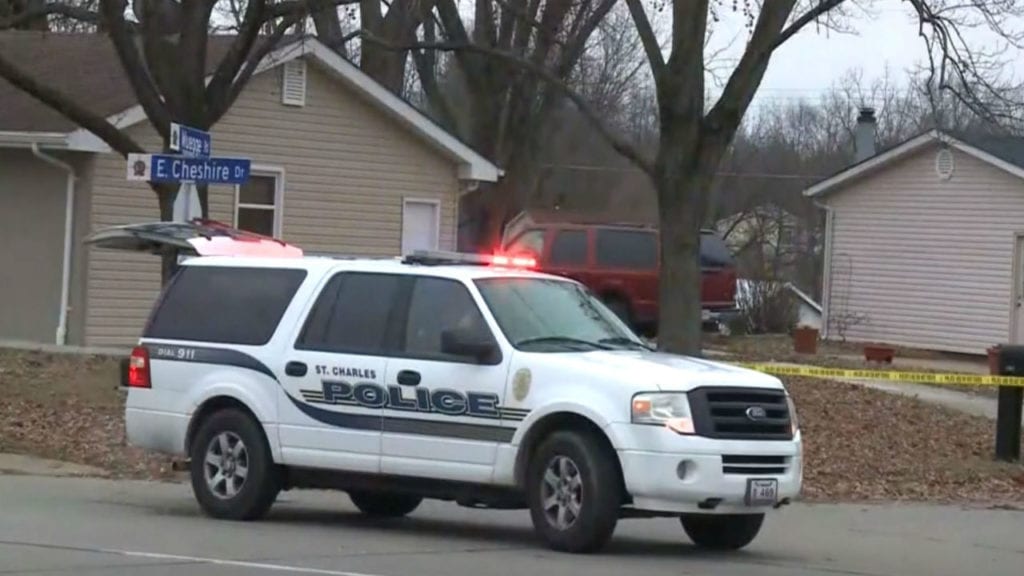 MISSOURI – A St. Charles, Missouri man is facing four counts of first-degree murder and 11 other charges after gunning down his girlfriend, her two children, and their grandmother on Friday night.

St. Charles County prosecuting attorney Tim Lohmar identified the suspect as 46-year-old Richard Emery.  Investigators were called to the house where emery lived and they found the four people inside with gunshot wounds.

The three that were dead on the scene were identified as 8-year-old Zoe J. Kasten, 10-year-old Jonathan D. Kasten and 61-year-old Jane Moeckel. 39-year-old Kate Kasten, the mother of the children and daughter of the 61-year-old woman, was transported to the hospital where she later died.

Emery fled the scene and later had a shootout with police from which he escaped, and then stabbed a woman while trying to steal her car. He was found in a convenience store bleeding from gunshot wounds.