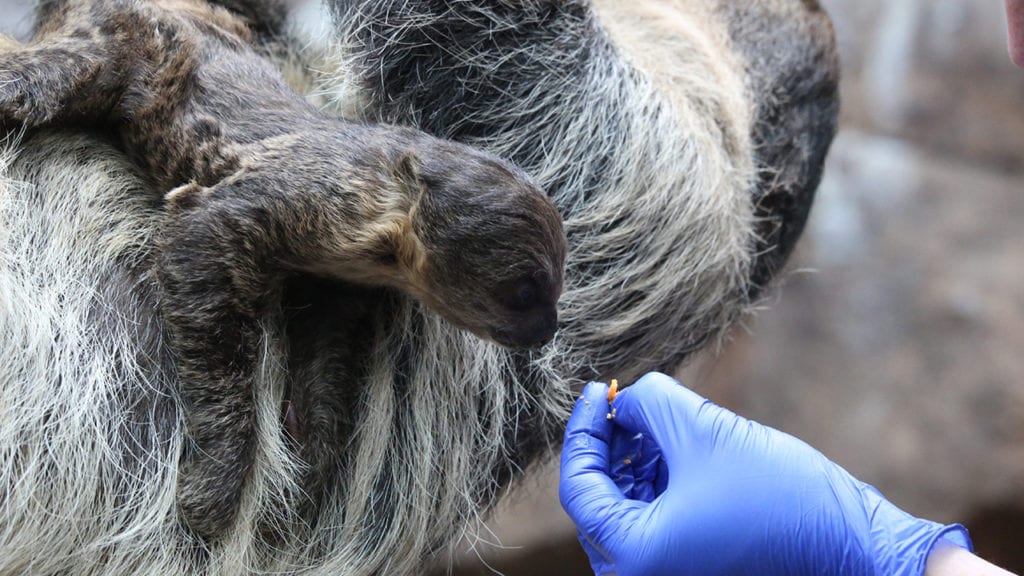 The zoo announced that its 23-year-old two-toed sloth is pregnant! The new baby is expected in late February or early March.

The zoo said Charlotte, the expecting mother, has been closely monitored by zoo staff. Zookeepers expect the new baby to be 10 inches long and weigh about 10-13 ounces.

It’s a familiar experience for Charlotte, who gave birth to the zoo’s last sloth, Baby Ruth, last January. Baby sloths typically cling to their mother’s fur for the first four to five weeks and then stay around their mother for nine months before going out on their own.

The new baby, who hasn’t been named yet, will join Charlotte, her dad Elliot and her sister Baby Ruth at the Bird World exhibit at the zoo.