LAS ANIMAS COUNTY – The grief became too much for Mannie Valdez, as he and his family returned to the site that took the lives of his wife–23-year-old Taelor Valdez–and their one-year-old son, Ezekiel. 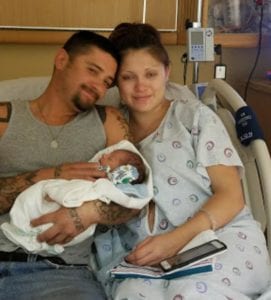 “Anyone who went through this would be devastated,” said Valdez’s niece, Angel Jiron.

The crash–which also took the life of a Las Animas County Sheriff’s Sergeant-happened Wednesday night, in Valdez, near mile marker 57.

The details of the crash are still being investigated. Click here for the latest.

Jiron says two of her family members heard the fatal crash from their home, and raced to the scene– quickly performing CPR on Ezekiel.

Initially, they didn’t realize who they were trying to save.

“My aunt–she was performing CPR on the baby, and my cousin noticed it was her car and that’s when they put everything together,” Jiron told News5. 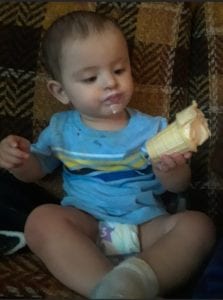 “They were just here to help. The last thing they expected was that it was her sister-in-law and her nephew.”

But Ezekiel didn’t make it through the night, leaving the family now with just their memories.

“He was the cutest baby,” Jiron said laughing.

Jiron told News5 her three favorite things about her Taelor were her smile, her unwillingness to “take sass from anyone,” and–above all–how great of a mother she was.

“I mean her kids were her world–she was a good mom.” 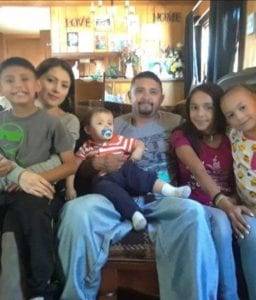 While many family members are still in shock, their focus now is on Mannie and Valdez’s 7-year-old daughter, Serenity (from a previous relationship).

“That’s basically all you can do–prayer, and be there for them,” said Jiron.