PUEBLO – It isn’t a done deal, but the Pueblo County Commission is taking the first step toward welcoming PAWS for Life as its new animal shelter and enforcement provider.

The commission voted unanimously in a special meeting Thursday in favor of PAWS for Life’s bid, but the motion wasn’t a clear-and-cut approval.

Instead, commissioners instructed county staff to meet with the nonprofit’s officials to find answers to remaining questions. Once that work is complete, the commission will vote again to approve the final deal.

PAWS for Life and Pueblo Animal Services, the current provider, were the final two proposals considered. The PAS bid came with a $2.2 million price tag, while PAWS’s proposal is $1.7 million.

Jan McHugh-Smith, president and CEO of the Humane Society of the Pikes Peak Region, which operates PAS, called the decision heartbreaking.

“We’re incredibly disappointed. We’ve served this community for 16 years and really care about the people and the animals,” McHugh-Smith said.

The decision comes after a flurry of controversy surrounding PAS over the last 20 months. 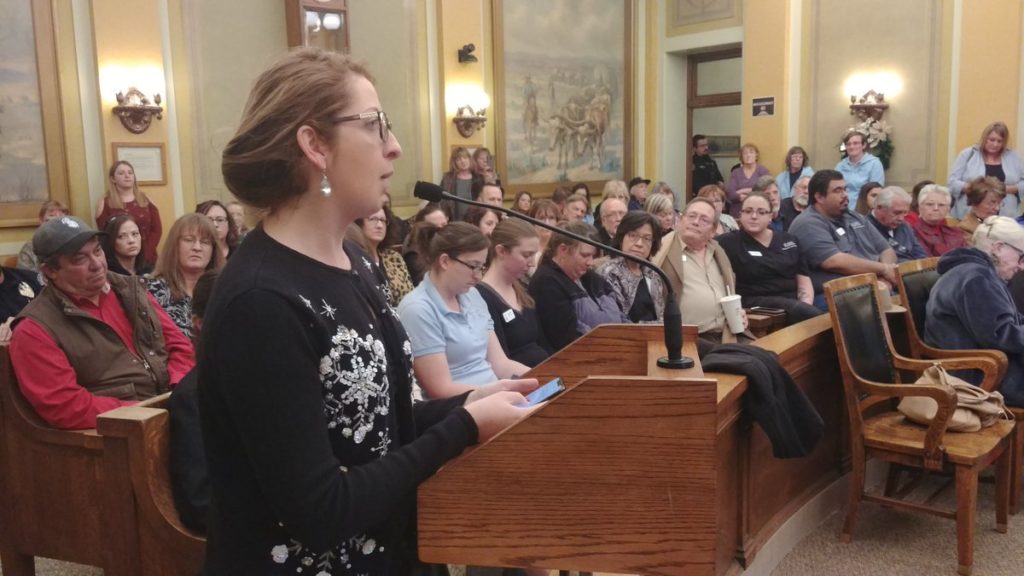 Critics said the agency isn’t doing enough to protect animals from euthanasia, citing a story of a young puppy being improperly put down.

That story eventually led to the creation of the Pueblo Animal Protection Act. Passed by Pueblo City Council in February, it requires the shelter to operate and maintain a live release rate of 90 percent, among other things.

“It would’ve been nice to have all of this help in 2002,” said Julie Justman, PAS director.

Instead of extending another three years, PAWS for Life is the front-runner to operate the shelter come Jan. 1, 2019. The cheaper bid, combined with city council’s decision approving the deal Monday, forced the county commission’s hand, according to Commissioner Garrison Ortiz.

Ortiz spoke candidly Thursday about his concerns with the new deal. He said he worries about the lack of detail inside PAWS for Life’s proposal, questioning how they will maintain or improve service on a cheaper bid.

PAWS for Life Director Linda Mitchell said they are already working with other providers on organizing that effort. On top of that, she’s confident her organization will provide quality service.

“We’re going to increase community awareness and keep pets in their homes. We don’t want them in our shelter,” Mitchell said. “We had nothing to base our propositions on, so we went with the information we had. I do believe that we will meet and exceed what they’re expecting.”

Over the next few days, county staff will meet with PAWS for Life to get answers to the remaining questions, like how the agency will provide enforcement, how it will care for large animals and pay for all of it.

Meanwhile, PAWS for Life and PAS will meet Friday to begin the transition phase. Mitchell said PAWS for Life is open to hiring current PAS staff and keeping them on board when management switches.

Once the remaining questions are answered and the final contract is negotiated, both the city and county will vote again to approve it.