COLORADO SPRINGS – It’s one of the darkest days in Colorado Springs history.

Just after 11:30 a.m. on Nov. 27, 2015, a gunman walked into the Planned Parenthood clinic and opened fire. Three people were killed, including UCCS Officer Garrett Swasey, and nine others were hurt.

The mass shooting drew national headlines, rocked the Pikes Peak region and is still being felt in 2018, but the event also led to positive change, particularly for first responders.

Jake Skifstad was one of the hundreds of law enforcement officers dispatched to the shooting. A Colorado Springs police officer at the time, Skifstad was also a member of the special response team. 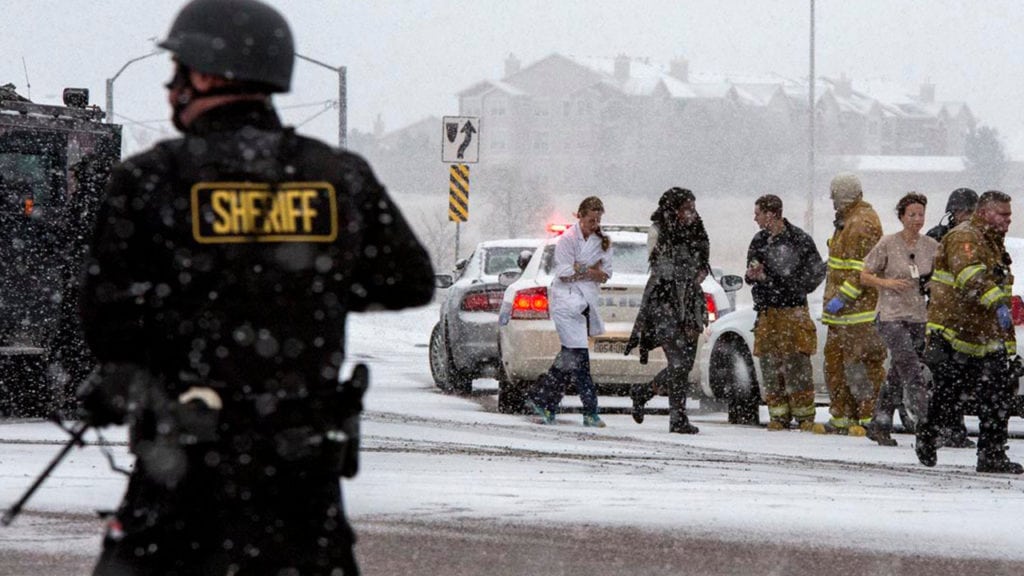 Listening to his police radio, Skifstad already knew officers were down before he arrived.

“I just remember thinking as I was driving down there going, ‘My gosh, these patrol officers, what I call the true first responders, they had no protection against that,'” Skifstad said. “And my heart just broke for them, and I just wanted to get down there as fast as I could to end it.”

The five-hour standoff ended with an armored vehicle ramming the building entrance, causing the gunman to surrender. Three years later, its effects are still being felt.

Vicki Cowart, president and CEO of Planned Parenthood of the Rocky Mountains, called attention to the patients, employees and first responders Tuesday in a statement to News 5.

“Today we remember the patients, colleagues, families, and first responders who were impacted by the violent incident at our Colorado Springs health center in 2015. Our hearts remain with them and their loved ones, and we are grateful for the continued support we have received from our community,” Cowart said.

Cowart went on to say the nonprofit remains committed to stand together and provide services in the face of opposition.

The community support didn’t end there though.

Skifstad already had the proper federal paperwork to launch his nonprofit, Shield616, a week before the shooting happened. His original plan was to begin work on Jan. 1, 2016, until the shooting.

“That drove home a sense of urgency, you know, we can’t even wait 30 days. We’ve got to launch right now,” Skifstad said.

Now, thousands of first responders have the proper protection to respond to an active shooter, not just in Colorado Springs but nearly 20 states as well, as the push to protect the people that protect us continues.

“Unfortunately, sometimes it takes a situation like that for people to make change. And I think we’re part of that positive change with what we’re doing,” Skifstad said.