COLORADO SPRINGS – It was an easy change to make for John Duprey.

He grew up in California, witnessing and experiencing the pollution firsthand. Just a couple of years back, he decided to switch from a conventional gas car to an electric car.

“I know what it feels like to breathe and literally feel pain in your lungs because of the smog in the air,” Duprey said.

Now, more of California is coming to Colorado in the form of low-emission vehicle standards.

“Our population continues to grow. We have more and more vehicles on the highways. I’m all for this. I want to be healthier. I want my children to be healthier, and that’s a main reason why people move to this state, clean air,” Duprey said. 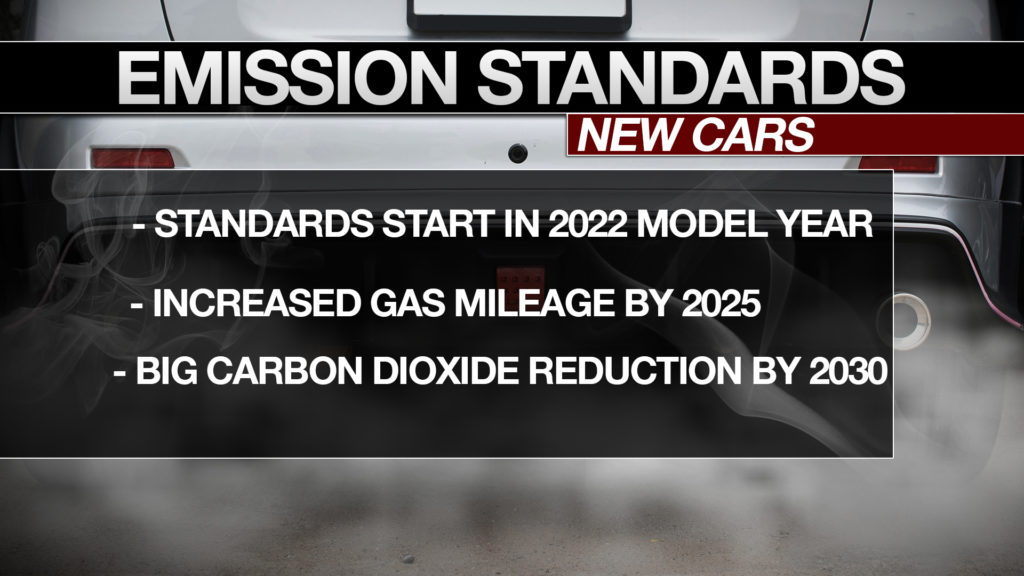 Approved by the Colorado Air Quality Control Commission Friday, the state joined 13 other states in adopting Regulation 20, which will impact new cars made for 22, requiring they emit fewer gases. It also dictates vehicles, on average, must get better gas mileage by 2025.

It’s a rule the commission estimates will reduce carbon dioxide emissions, nearly two tons worth, by 2030.

“I think the air quality will not get better. I think the price will get more expensive, the taxes will be more, and the selection will be less,” Barton said.

The Colorado Automobile Dealers Association came out in opposition of the new rules, estimating they will rise the cost on new cars by an average of $2,000.

On top of that, it limits the vehicles available by trade, which Barton said accounts for half his business.

“The customer that wants that certain color truck, I can’t get out-of-state anymore. I have to stay within the 13 states that adopt this program.” Barton said.

Barton said he also fears some drivers will hold onto their old cars longer as a way to save money, though that could prove dangerous on Colorado roads.

There’s also a lot of talk on the impact Regulation 20 will have on gas prices. Vehicles should be more efficient with the gas mileage mandate, but those vehicles likely require a higher, cleaner level of gas, which could cost more.