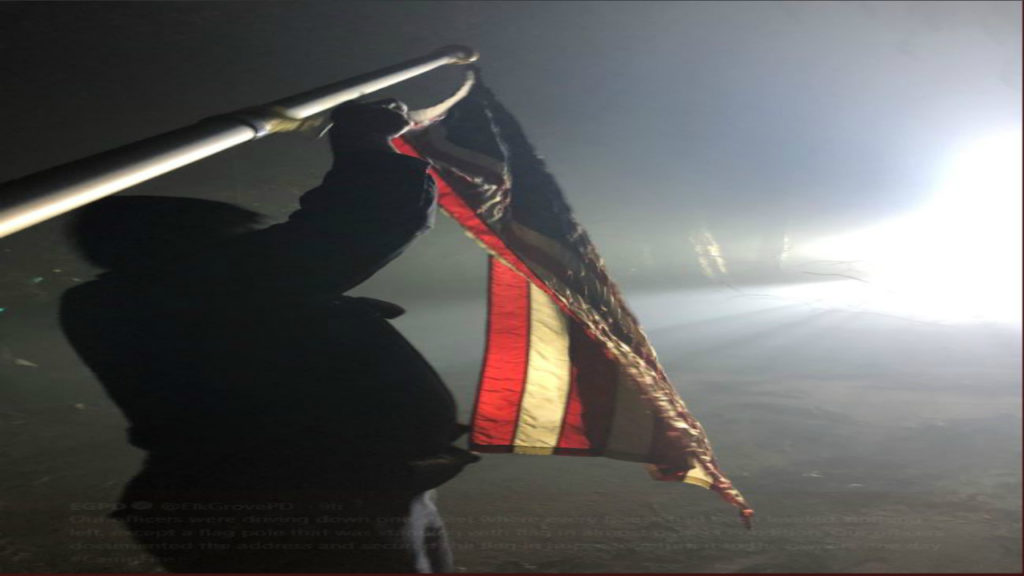 CALIFORNIA – Officers with the Elk Grove Police Department in California were stunned by what they found while driving through an area that had been basically destroyed by the Camp Fire in northern California.

As officers drove down a street seeing home after home that had been destroyed, one thing remained in “almost perfect condition.

The officers found a pole still standing with an American flag barely touched by the flames that had destroyed the surrounding homes.

Officers found the flag in what they described as “almost perfect condition.”

The scene was documented in pictures and later posted to the Elk Grove Police Department Twitter account.

Our officers were driving down one street where every house had been leveled, nothing left, except a flag pole that was standing with flag in almost perfect condition. Our officers documented the address and secured the flag in hopes to return it to the owners one day. #CampFire pic.twitter.com/JDiOWnwqD7

The department said their officers documented the address and secured the flag in hopes of returning it to the owners one day. 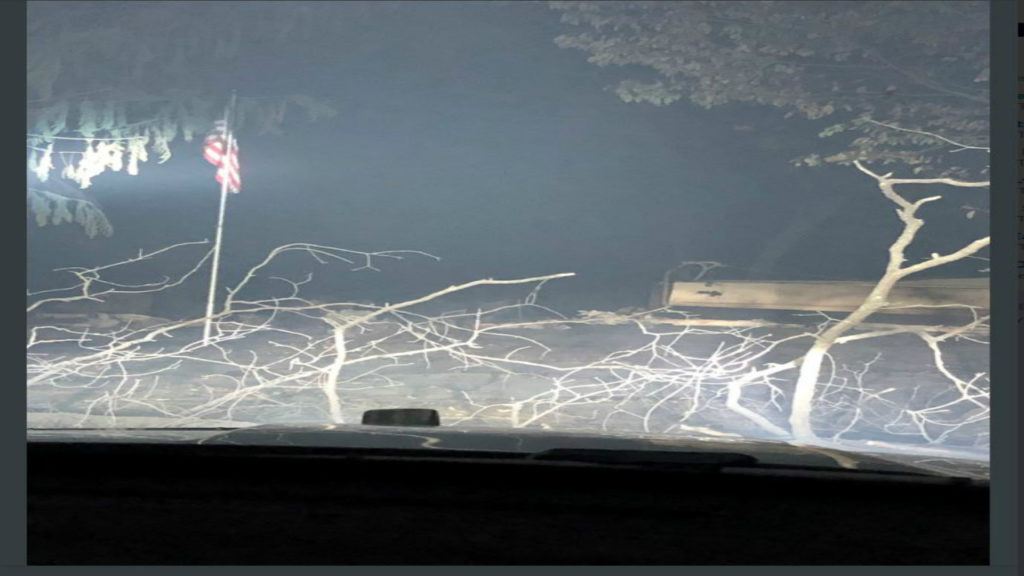