COLORADO SPRINGS – On Oct. 27, Rabbi Steven Kaye was in Atlanta to see the installation of his son as a rabbi.

Then, the unthinkable happened in Pittsburgh, and he went to help.

“We made the decision, because this was actually an antisemitic, a hate crime, no other way to do it, that we needed to deploy rabbis to augment the support of Red Cross,” Kaye said.

Kaye has spent the last two weeks in Pittsburgh, offering help of any kind to anyone that needed it.

His service does not stop outside the walls of Temple Beit Torah. He’s also a Disaster Spiritual Care Coordinator for the American Red Cross Colorado/Wyoming Region.

“Our work was really to offer the support to community clergy. I spent a lot of time with one congregation, with parents and children to say, ‘How do we come back into a building,'” Kaye said. 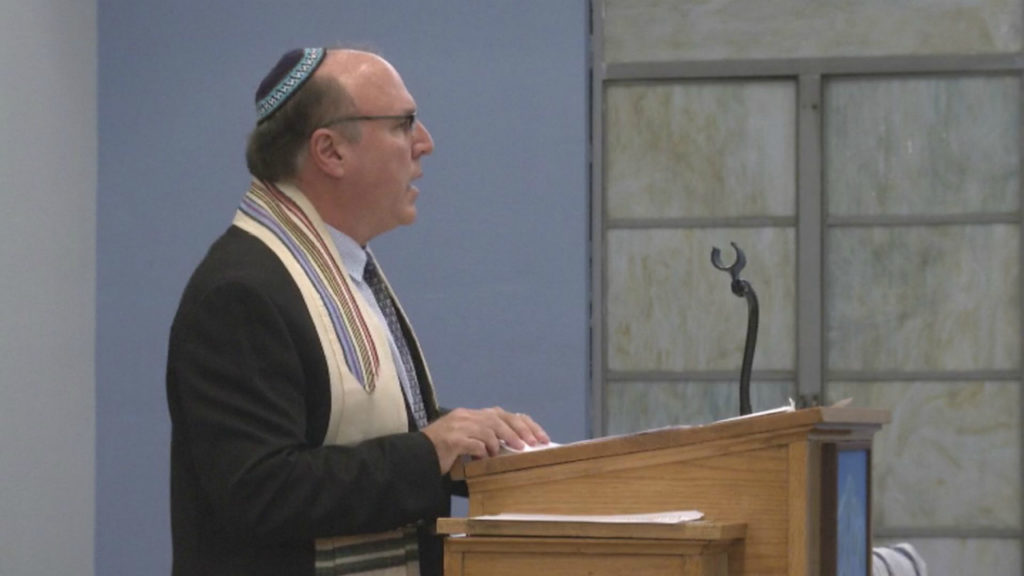 First responders often say there is little emotion involved in responding to emergencies. That’s when their training takes over to do their jobs.

But this time, especially for Kaye, was different.

Back home Friday, the Temple Beit Torah congregation lit candles and read biographies of the eleven people gunned down to show that their lives, no matter how far away, will not be forgotten.

Kaye said it’s time for the nation, not just the Jewish community, to ask tough questions about mental health and guns.