COLORADO SPRINGS – Justin Eyster drives ten miles up Academy Boulevard every day to get to work.

He knows as well as anyone how difficult a drive it can be.

“People that are just trying to get just a couple cars ahead, just so they can be a little farther ahead toward their destination, that’s kind of annoying,” Eyster said.

Even Wednesday, he told News 5 he was cut off on his way in and that aggressive drivers dominate the Academy corridor.

But the speed limit, from Pikes Peak Avenue to Milton Proby Parkway, is about to change from 50 mph to 45. The city, in partnership with the Colorado Springs Police Department, is reducing the speed limits on four roads, including Academy, in an effort to make the roads safer. 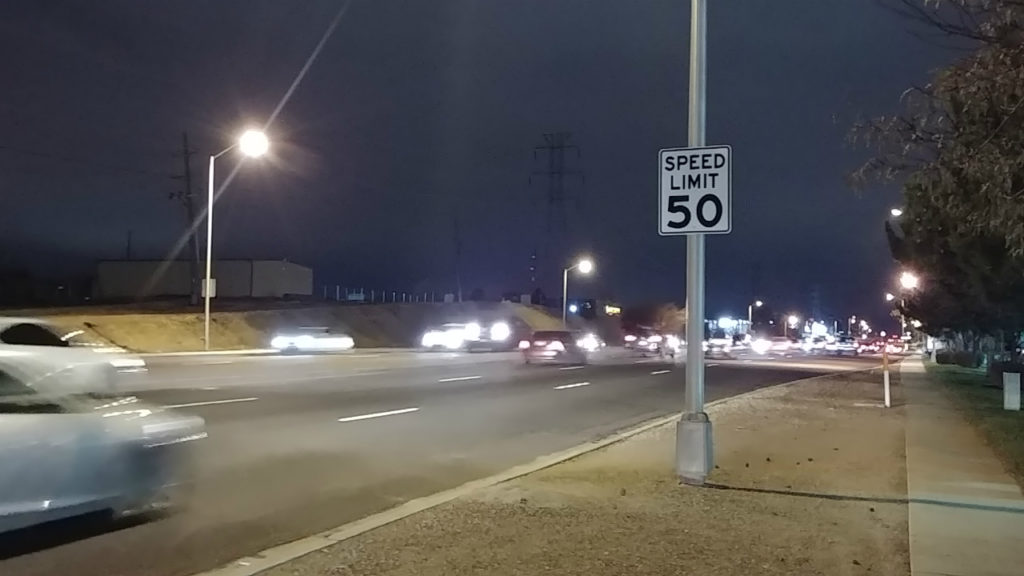 The other locations include:

City staff will change the speed limit on Academy some time Thursday, while the other changes will happen before the end of the month.

It’s a move Eyster supports, but is skeptical of.

“No matter what the speed limit is, they’ll always go a little bit faster, especially in areas where they think law enforcement is not at,” Eyster said.

The change comes during a record-breaking year for traffic deaths, including an accident Monday at the intersection of Academy and Astrozon, leaving a man dead after he was hit by a car.

For people like Jay Michael Maestas, who walks to work along Academy every day, a drop in the speed limit is a welcome sight.

“Public safety’s important, and if we all don’t take our part in to do it, somebody else has to step in to do it,” Eyster said.