COLORADO SPRINGS – Richard Krochta is a hero. As far as Colorado State Patrol is concerned, it’s not even debatable.  “Mr. Richard Krochta’s actions this day were truly heroic,” a CSP press release stated.

In the early morning hours of Aug. 29th, Krochta saved the lives of two people. 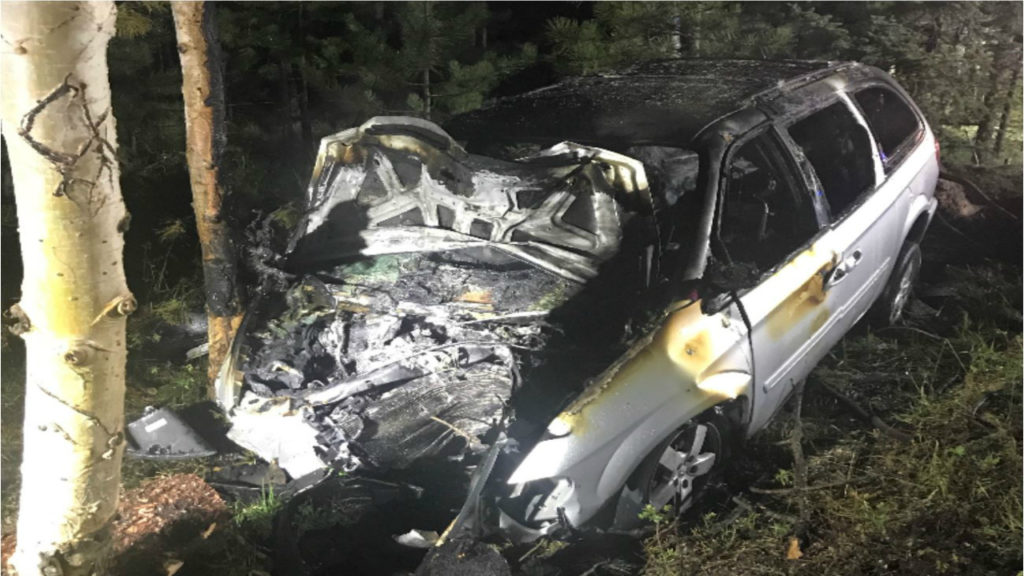 Krochta, 56, was driving his semi west on U.S. Highway 24 just west of Woodland Park on his way from Colorado Springs to the Cripple Creek and Victor Gold Mine — a drive he makes daily for his job as a hauler for Savage Services.  It was just before 4:00 a.m.  Something was different.  Lights were shining along the side of the road where they normally don’t.  It was a fresh car crash and the vehicle was beginning to burn.

“I saw the car light up on fire, so I just jumped out of my truck, grabbed my fire extinguisher, and called 911 at the same time,” Krochta told News 5.  “As I’m putting the fire out, I can hear somebody yelling, ‘Help me! Help me!””

The minivan had gone off the right shoulder of westbound Hwy. 24 when the driver fell asleep at the wheel.  It struck a pine tree, breaking it in half, then came to rest about 15 feet off the side of the road.  “I couldn’t get in the driver’s door because of all the tree limbs, so I ran around the other side and that side was also blocked by a tree,” Krochta said.  The door was only able to open wide enough for the driver to stick his head out for fresh air as the cabin began to fill with smoke.  Krochta, a firefighter for nearly 30 years in Pennsylvania, had to “muscle the driver door open,” according to State Patrol, in an attempt to free the man inside.

“I just grabbed him and yanked him out and he’s going, ‘she’s in there, she’s in there’,” Krochta said.  Initially, he didn’t see the woman in the passenger seat because of the smoke, as well as the fact that the man had climbed into the passenger seat as it appeared to be the only possible way out.  “I went back in the vehicle and I could see her.  She was underneath the dashboard and laying on the seat.  I just looked to see if she that she wasn’t trapped, so I just grabbed her and yanked he through and took her away from the vehicle.”  Krochta says the opening he had to pull them through was only about a foot-and-a-half wide. 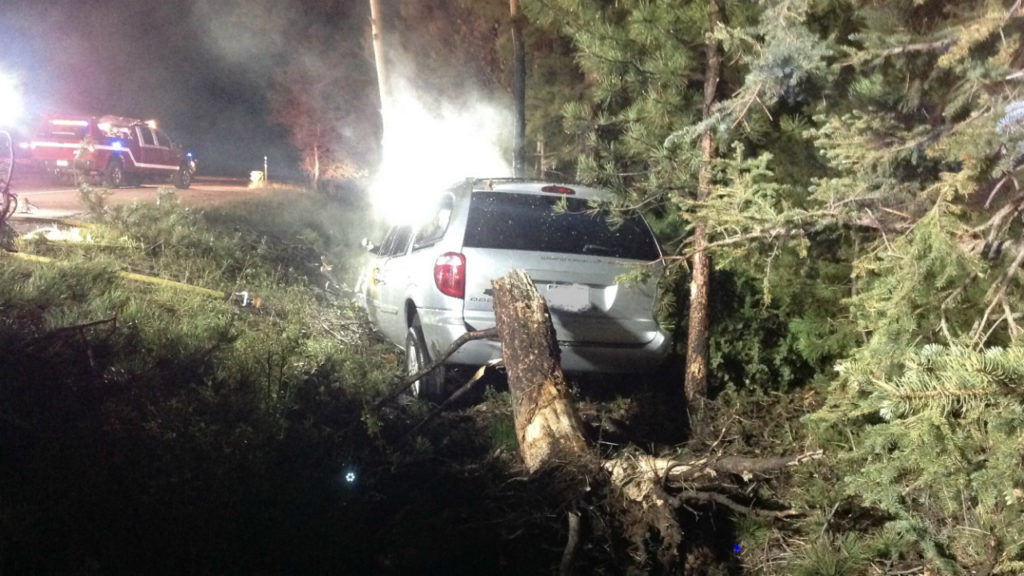 State Patrol says there is no doubt that Krochta’s actions were life-saving.  “If he hadn’t acted, it would’ve been different,” said Corporal Ryan Novotny.  “He stepped up to the plate and he took care of these two people very, very well.”

“They probably would have burned to death, alive,” Krochta said.  Despite his heroics, Krochta says he only did what anyone else in his position would have done.  “I just did what I had to do,” he said.

The CSP award will be presented to Krochta on Monday, Nov. 5th at 10 a.m. at the Colorado State Patrol Office in Colorado Springs.

The crash victims have been identified as Scott Smith and Denese Kostrzewa. Smith was driving the vehicle at the time of the crash and will be in attendance at the award ceremony.