FORT CARSON – The U.S. Army is focused on adapting to new challenges, like becoming a more modern and dominating force.

While doing that, thousands of soldiers, including some from Fort Carson, will be deployed to the nation’s southern border, assisting the Department of Homeland Security with protecting the nation as a caravan of migrants marches toward the country.

The news broke as Dr. Mark T. Esper, secretary of the Army, was visiting Fort Carson. 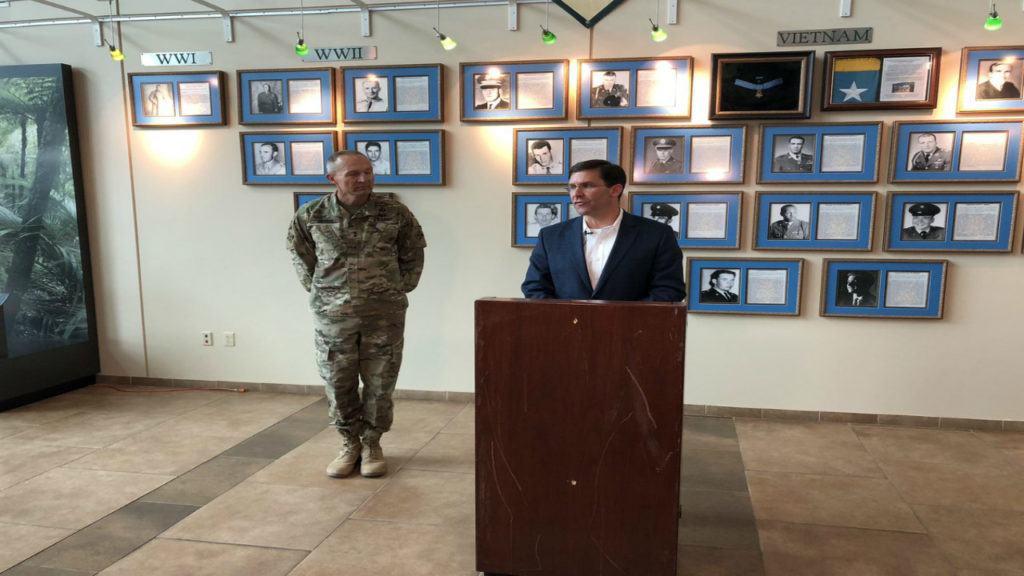 “We get missions all the time, and you know, it’s something that we have to manage. That’s the nature of this business, and I think we’ll manage it well,” Esper said. “Provided there’s no major disturbances in funding and no major external events, like a war, I think we will hit our readiness goals in time and we will transition to our modernization goals.”

They’re goals that will also impact the Mountain Post.

The change moves the unit away from a ground-pound style to instead rely on armored Stryker vehicles, giving troops faster travel times and some protection from gunfire, in line with new strategy.

“It goes back to the National Defense Strategy, which calls us to transition from the wars of the past 17-18 years, which have been counterinsurgency, lower intensity conflict, back to preparing for high-end competition, high-end conflict maybe against the Russians or the Chinese,” Esper said.

It’s a way to revolutionize the Army for 21st century warfare against more worthy opponents, as the secretary focuses on getting soldiers ready for whichever battle comes next.

“Our mission is to deploy, fight and win. We play away games. When the alarm goes off, everybody needs to be able to get on that plane or get on that ship and deploy to theater,” Esper said.

The unit change will also bring about 200 more soldiers onto post.