PUEBLO – The VFW Post 3641 in Pueblo is looking for a new home. The group and the Auxillary have met in this 1,300 square foot building near Central High School since World War II, but the building no longer meets their needs.

“We don’t have a kitchen that is suitable for the health department,” explained Fred Gauna, the Post Commander.  “We can not bring too many too many people into the building before we starting going beyond occupancy rules.”
The building is not exactly handicap accessible either. But there’s a bigger concern facing this and many veterans organizations across the country, their members are getting older. 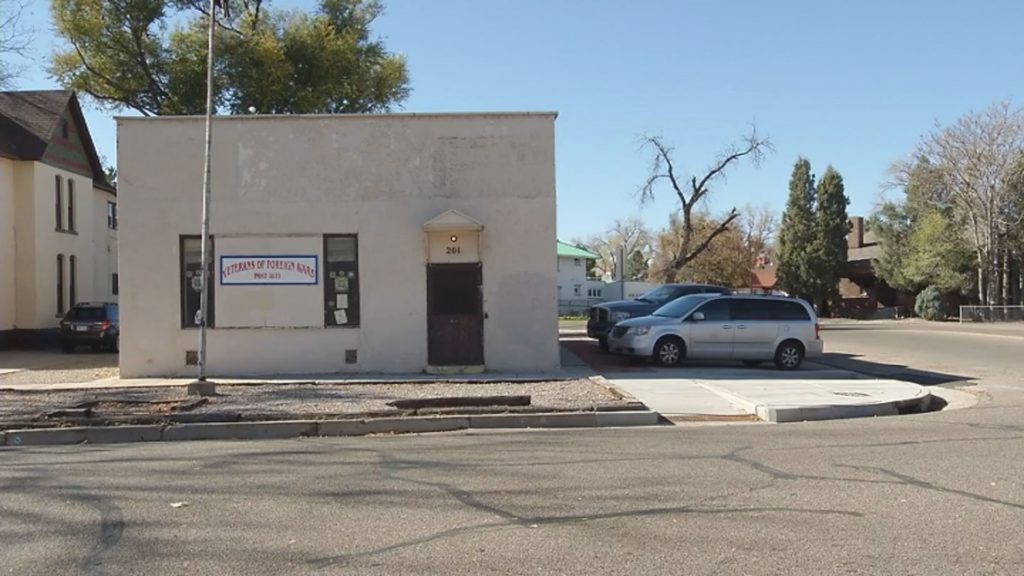 “We are the youngsters in this post,” Fred said.

He and Quartermaster Don Kindell are both veterans of the Vietnam War, as is his wife Shelley who served in the Women’s Army Corps. Shelley is the president Post 3641 Auxillary and Don’s wife Rita is the treasurer.

Don explained that it’s getting harder to attract a younger generation.

“The four of us and few others have vowed it’s not going to die,” he said.

So, the Post is reinventing itself. They’ve opened a neighborhood food pantry and want to add a computer lab. Fred is even thinking about younger members who have kids at home but find it difficult to afford or find a babysitter. He wants to find a new building big enough to have a playroom.

“Something where they know their children are safe and they can come to a meeting without having to worry about them,” Fred explained.

So, they’ve listed their current building at 202 Adams Avenue for sale. In the meantime, they’re actively looking for a new space that could meet the needs of an evolving organization.