FOUNTAIN – Just before 10 p.m. Saturday night, Fountain Police Officers responded to the area of Marsheffel Rd. and Peaceful Valley Rd. on a call of cattle in the roadway.

Both men were uncooperative with officers while in their vehicles. Selix exited his vehicle and attempted to flee on foot, but was caught and detained. While officers were detaining Selix, Martines returned to his vehicle and fled the scene without his headlights on.

Fountain PD said Martines then drove through two properties, causing damage to both before he crashed into a retaining wall. Martines then fled on foot and was seen throwing something into the bushes. He was then tazed and taken into custody. Officers then located a handgun he had ditched.

Fountain PD said their investigation revealed Martines was a felon and linked to at least one vehicle break-in in El Paso County. Selix was found in possession of items consistent with distribution and manufacturing of synthetic and real marijuana. When Selix was taken to the El Paso County Criminal Justice Center, several baggies of methamphetamine were found taped to his leg.

Both men also had several outstanding felony and misdemeanor warrants, according to Fountain Police.

Selix was charged with the following felonies: Unlawful Distribution of Synthetic Cannabis, Possession of a Schedule II Controlled Substance, and Introduction of Contraband into a Detention Facility. He was also charged with Possession of Drug Paraphernalia which is a petty offense. 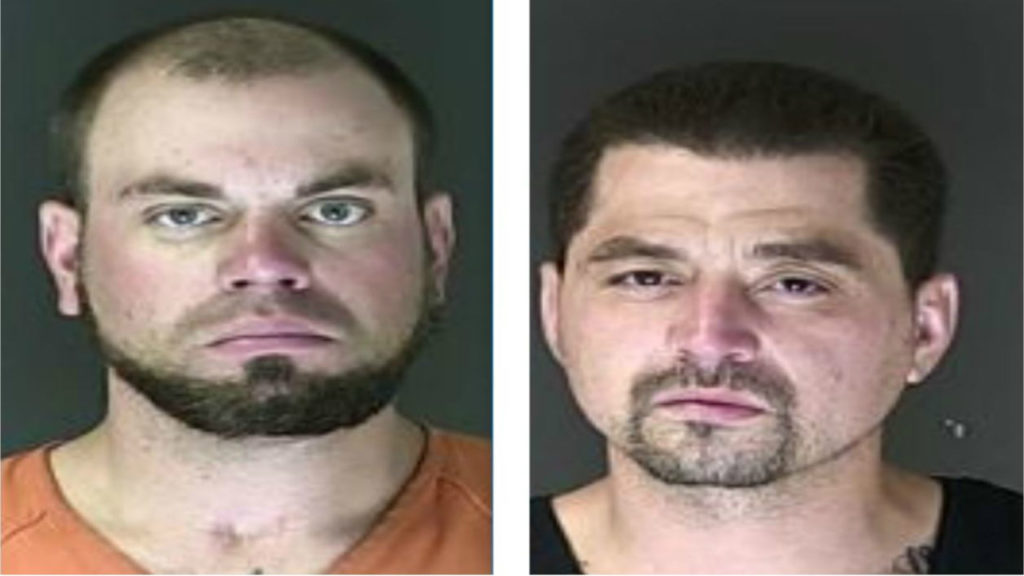