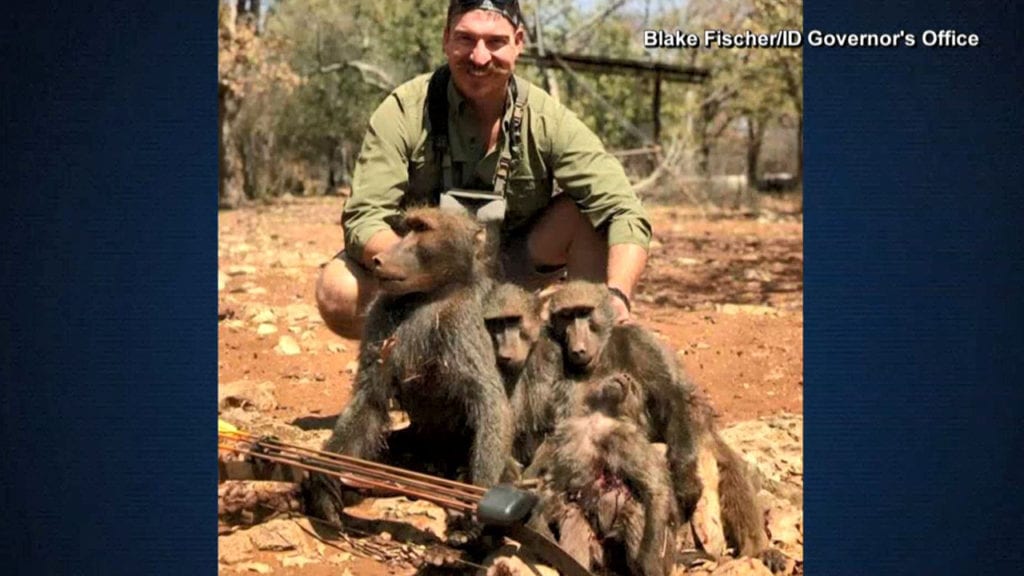 BOISE, Idaho – An Idaho Fish and Game Commissioner is facing calls to resign after sharing photos of a hunting trip in Africa.

Blake Fischer sent photos via email of he and his wife shared photos posing with animals they killed in Africa. The photos showed dead baboons, a dead giraffe and a warthog.

A fish and game instruction manual from the state of Idaho discourages hunters from sharing photos of their kill.

Fischer told a Boise newspaper that he did not do anything illegal, immoral or unethical.

A spokesperson for the governor’s office said the governor is aware and concerned about the issue.