This was near Gate 12 at Fort Carson, just north of Juniper Valley. According to an update from Colorado Springs Police spokesman Lt. Howard Black, riot officers were conducting a training exercise near Camp Red Devil when officers came in contact with an explosive device.

The device was an IED of some sort, that simulates sights and sounds of combat without producing any shrapnel, according to Fort Carson. Fort Carson said it is unsure of why the device was in the area but when officers encountered it, it detonated, injuring six officers.

About 15-20 officers were believed to be in the area at the time. 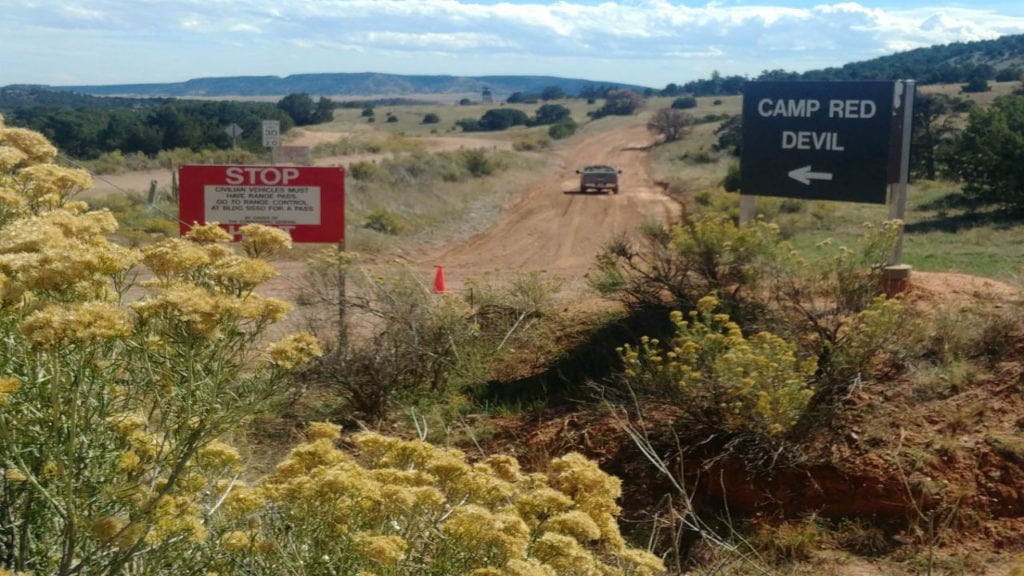 CSPD said two officers were transported to a local hospital by ambulance while the other four were taken by police car. Five officers have since been released, with one remaining in the hospital to be monitored overnight.

The area is often used for training, as Fort Carson believes a military unit was using the area prior to CSPD being there. However, both agencies emphasized that the investigation is in its very early stages so they are still sifting through details as to who was there prior, why the device was there and exactly how this happened.

Lt. Howard Black said he is thankful none of the injuries were serious.

Both Fort Carson and CSPD said they will continue to work together in the future as the area is often used for training and has been for decades.