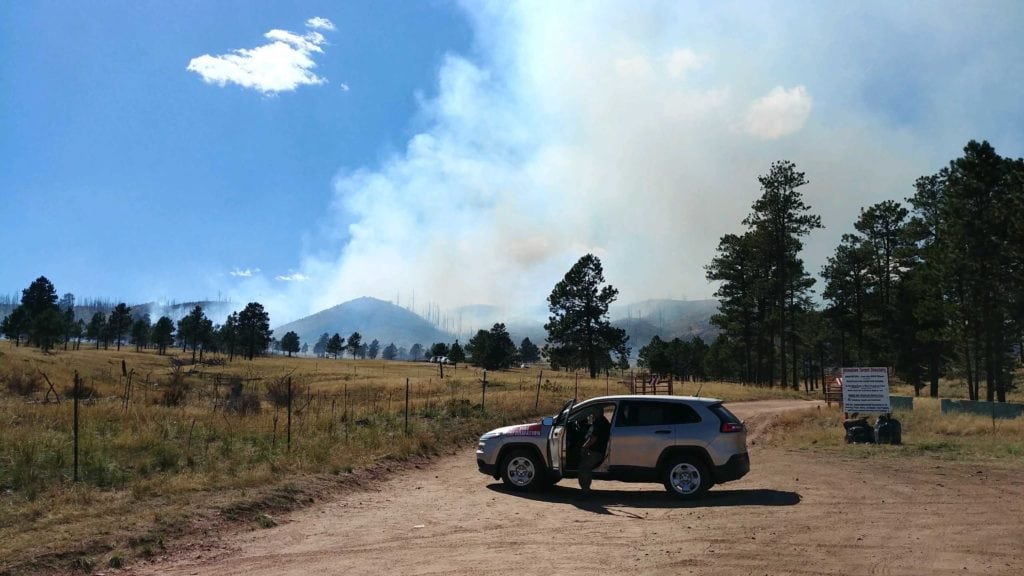 DOUGLAS COUNTY – A fire in Douglas County has grown to 167 acres Sunday.

The “Turkey Track 8 Fire” is burning just eight miles north of Woodland Park. The blaze started Saturday and was reported at 10 acres and jumped to 167 acres Sunday.

The U.S. Forest Service says there are planned burn operations to ignite the fuel within the interior of the fire. This is expected to reduce the hazard and risk to firefighters working the blaze.

According to an update at 1 p.m. Sunday, the control lines have been established and are burning around the perimeter. A helicopter is also assisting with the interior burn.

The blaze is at an estimated 30 percent containment so far.

Heavy smoke is expected throughout the area for most of the afternoon. Motorists on Highway 67 are encouraged to use caution while traveling.