COLORADO SPRINGS – In her new car, Taylor Laqua has changed her habits when driving to and from work along I-25.

She stays out of the left lane, as an effort to “stay out of the way.”

“You’ll still have people that will jump into the right lane to go 90 [mph] to cut you off… The speed limit does not exist,” Laqua said.

But Laqua said speed isn’t the only problem on the state’s most-traveled highway.

“There are many times when I see people on their phone, and they brake a lot. Or you’ll see them kind of swerving close to your lane. So then, you stay over and try to get past them,” Laqua said.

Distracted driving, dangerous speeds and an increasing population — a combination creating a mess on Colorado roads, and it was evident Wednesday in Colorado Springs.

Between 6:30 a.m. and 1:30 p.m., emergency personnel responded to 10 major accidents that caused significant traffic backups and threats to lives.

“We certainly have more people on the roads, but of those people, a lot of people are behaving badly, and crashes kind of build on themselves,” said Skyler McKinley, spokesman for AAA Colorado.

The worst of the accidents was on I-25 southbound near North Gate Boulevard, requiring a Flight for Life response. Investigation and cleanup closed most of the southbound lanes for several hours. 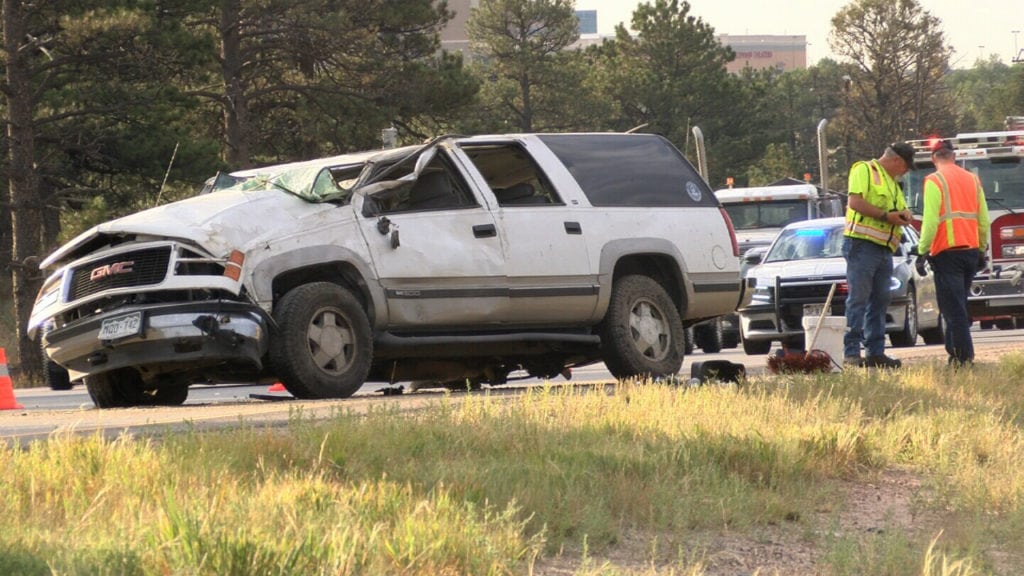 McKinley said it’s a crash that’s indicative of a growing problem along the interstate.

“Outside of the major metros along I-25, you’ll hear from everybody. ‘Wow. Things are way worse than they were in 2010 or 2006.’ There are more cars on the same road,” McKinley said.

But AAA research shows it’s the driving habits — not the number of cars themselves — that’s making it more dangerous to drive on Colorado roads, as the state and taxpayers continue work to improve them.

“Technologies in cars, like those ‘info-tainment’ systems, are distracting,” McKinley said. “The bottom line is 20 years ago, there was never any reason to look up from the road while you were driving.”

Several drivers also told News 5 they’re worried the I-25 Gap project will become obsolete by the time it’s completed in 2021. McKinley said there’s reason to be optimistic about the project, but historically, more roads don’t make them safer, people do.