North and South Korea agree to take step toward denuclearization, agree to bid to co-host 2032 Olympics 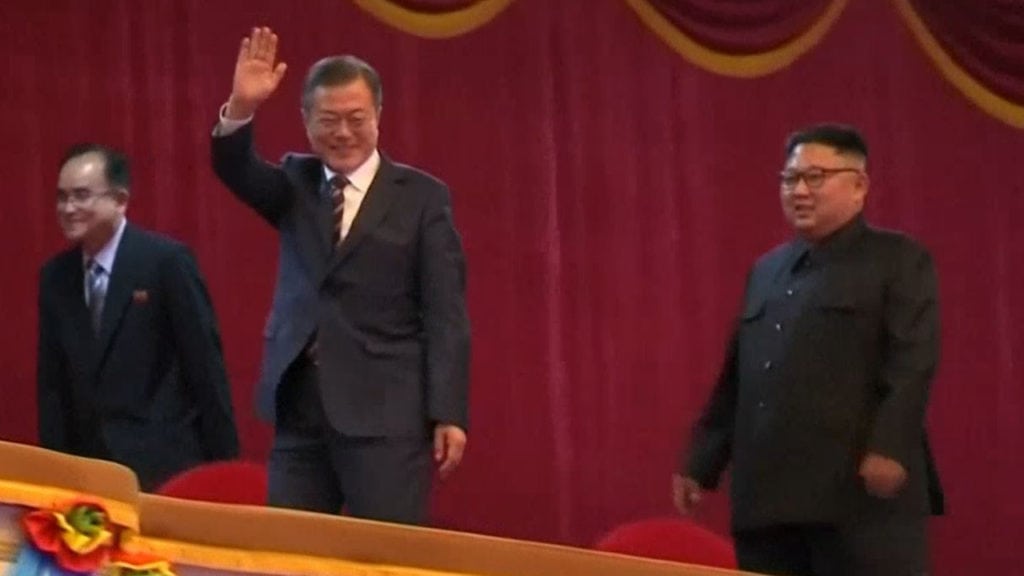 PYONGYANG, North Korea (AP) – South Korean President Moon Jae-in says North Korean leader Kim Jong Un has agreed to permanently dismantle a missile engine test site and a launch pad in the presence of international experts in what he described as a specific step toward denuclearization.

Moon also said on Wednesday that the North agreed to take further steps such as permanently dismantling its main Nyongbyon nuclear complex if the United States takes corresponding measures.

Moon and Kim spoke at a news conference after signing a joint statement following their second day of summit talks in Pyongyang.

The joint statement also says the two Koreas have agreed to seek to obtain the rights to co-host the 2032 Summer Olympics.

It says the two leaders also agreed to cooperate in major sports events such as the 2020 Summer Olympics. It didn’t elaborate.

It says the two leaders have also agreed on a Pyongyang art troupe visiting Seoul for performances in October.

The statement also shows North Korean leader Kim Jong Un has promised to visit Seoul “in the near future.”

If realized, he would be the first North Korean leader to visit Seoul since the peninsula was divided into North and South at the end of World War II in 1945.

Kim’s late father, Kim Jong Il, had promised reciprocal visits when South Korean leaders visited him in Pyongyang in 2000 and 2007. But his Seoul trip wasn’t realized before his 2011 death.