COLORADO SPRINGS – It was uncharted territory.

An unfamiliar feeling, not just for the nation stopping to watch the events of 9/11 unfold, but for firefighters too.

“We felt vulnerable for the first time, and that vulnerability does not sit well with Americans,” said Anthony Cerrone, fire captain with the Colorado Springs Fire Department. 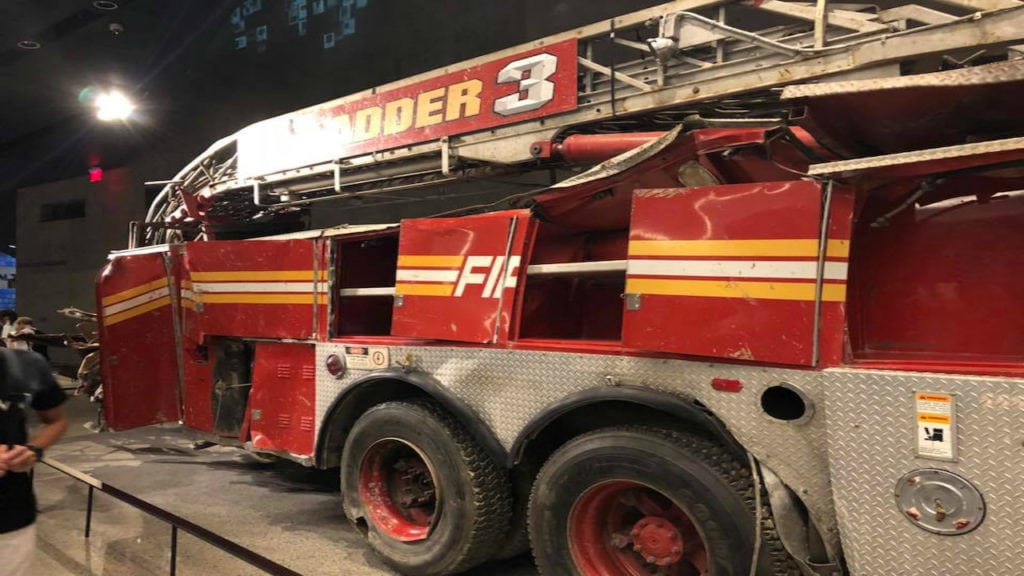 The attacks rocked America to its core, but they also paved the way for widespread changes in fire departments across the country after the loss of 343 FDNY firefighters — changes that are still evident today in departments across southern Colorado.

“It really necessitated the interoperability, the cooperative working relationships, and communications is the essence of that,” Cerrone said.

First, there wasn’t adequate training for an incident this size, when the attack is deliberate in nature, according to Pueblo Deputy Fire Chief Rick Potter.

“We’re used to how buildings act and react to normal events, accidents, things along that nature,” Potter said. “But now, we have to put the intentional component in.”

It also led to the creation of the National Incident Management System (NIMS), which is now used on fires and other major incidents of all sizes, and more guidelines for how to operate.

For example, Potter said a command post was established inside the lobby of one of the World Trade Center towers. Now, incident management teams set their post close to the incident, but not directly in it.

There was also a pointed focus on improving communication during major incidents. That work was accomplished by supplying more radios to firefighters, as well as providing the opportunity to communicate between fire, police and emergency medical services (EMS) departments.

“There’s just a lot of information that needs to be passed, and if it’s all trying to occur on one frequency, you can imagine how that would go,” Potter said.

Sept. 11 also streamlined funding, especially from the U.S. Department of Homeland Security, for new equipment — like apparatus and the gear firefighters now wear to every structure fire.

It was an effort to ensure the men and women that protect and serve can do so safely, while remembering those that worked tirelessly through the rubble, toxic dust and uncertainty to prevent a large-scale national tragedy from claiming bigger lives.

“It was a prideful example of police and fire working cooperatively together to serve a community, to try to protect those people and serve in their best interests,” Cerrone said.