COLORADO SPRINGS – It only takes a couple steps inside the Prime Time Sports store in Chapel Hills Mall to understand how big of a client Nike is.

Half of the store’s merchandise, according to owner Stephen Martin, dons the swoosh brand. But that’s about to change.

In response to the company’s new advertising campaign featuring former NFL quarterback Colin Kaepernick, Martin decided Wednesday to sell all Nike gear at 50 percent off and discontinue carrying Nike gear in his store once the current inventory is gone. 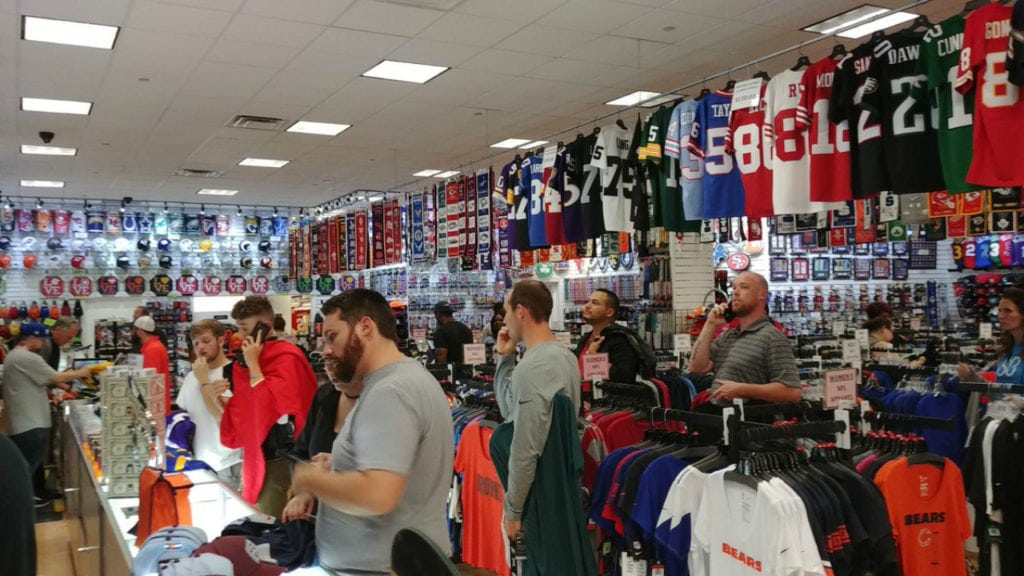 “I don’t support Colin Kaepernick’s disrespect for our flag and the country,” Martin said. “And yet, because I’m a Nike dealer, it’s almost like I’m in agreement and I’m not.”

Nike’s new campaign asks people to “believe in something, even if it means sacrificing everything.” It’s centered around Kaepernick, who launched a protest of racial injustice in 2016 by kneeling during the national anthem before games.

Kaepernick hasn’t played since the 2016 season, but has turned down contract offers since then. The campaign also features Serena Williams, Shaquill Griffin and LeBron James.

“It just stung me that this man has lost a salary and he thinks that he sacrificed everything? In my opinion, he doesn’t know the meaning of that word,” Martin said.

Martin gained attention in 2016 when he canceled a previously scheduled autograph session with Broncos Linebacker Brandon Marshall after he knelt during the anthem. Thinking of his father-in-law, who was a prisoner of war, Martin pieced together a wall of pictures along his storefront of military service members that passed away.

So, Martin decided to take a stand, selling every piece of Nike apparel at half-price to recover his expense. Three weeks ago, Martin said he paid $60,000 for NFL merchandise.

Then, he won’t sell Nike gear any more, so long as it advertises with Kaepernick.

“I wish I was wealthy enough to burn all that stuff, but I’m not,” Martin said. “Right now, I’m selling it at cost, and by the time you factor in rent and payroll, I’m losing money on every sale right now.”

The sale created a Christmas-like feel inside the store Wednesday. Shoppers told News 5 off camera it was the perfect chance to get Nike gear at a discounted price, because of a protest of a protest.

“He has a right. This is America. He has a right to protest at any form that he wants to, as long as it’s peaceful,” said Henry Allen, president of the Pikes Peak Southern Christian Leadership Conference.

Allen, who served 24 years in the U.S. Army and was a police officer for 14 years, said he doesn’t like Kaepernick’s means of protesting, but definitely supports his cause.

“I think his reason, he has. I think the reason of injustice and the killing of unarmed black men has a place for discussion,” he said.

Allen said he’d like to see the discussion happen in a different arena, where lawmakers can step in to fix the injustice.

Martin told News 5 he thinks the fix should play out in the judicial system, not the football field, and said he’s willing to sacrifice profits to stand up for what he believes in.

“I’m going to take Nike’s ad, you know, sometimes you just gotta sacrifice it all,” he said. “For me, that’s just a business standpoint.”