The Colorado Division of Fire Prevention and Control agreed to a call-when-needed contract with Airstrike Firefighters LLC, a fire aviation company based in California. That deal also gives the state flexibility to dictate the time needed for the company’s presence in Colorado.

An estimate from the state fire agency shows a 7-day deployment would cost around $300,000. Comparing that to a 2012 National Interagency Fire Center report, Colorado seems to be getting a solid deal for quality air resources. 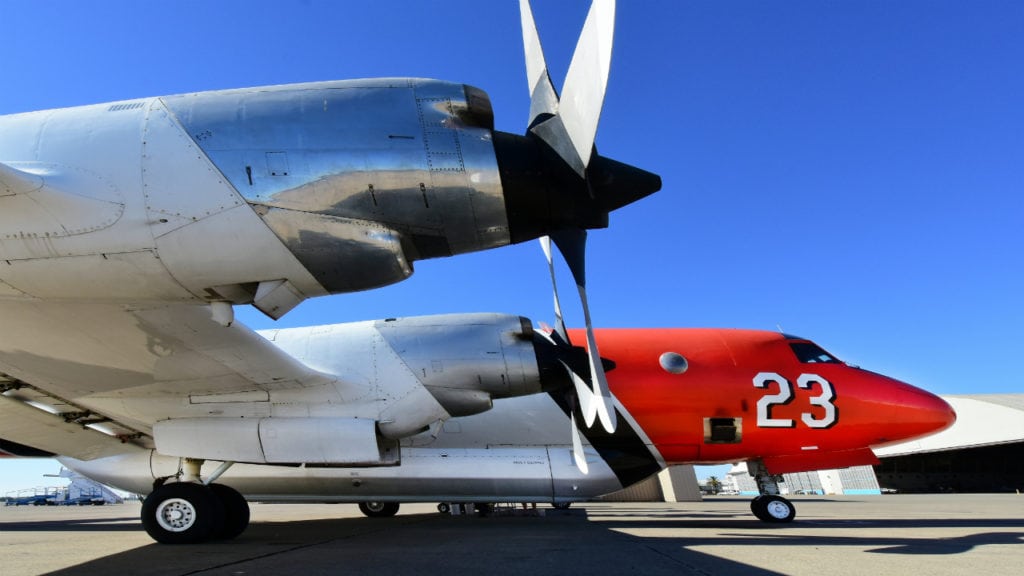 It’s a deal Keith Radke, who lives in the Mountain Shadows neighborhood impacted by the Waldo Canyon Fire in 2012, said he’s in favor of, now that he’s more aware of Colorado’s fire danger.

“Obviously with the recent fire here, we don’t worry about it with our home, but because that happened, I would say I’m more aware of it,” Radke said. “It sounds like a good benefit for the state to have in its pocket.”

The contract gives state fire officials access to seven P-3 aircraft, which were originally designed for the U.S. Navy to drop bombs on submarines.

Vince Welbaum, aviation unit chief for the state’s fire agency, said the contract means Colorado should be even better equipped for the next big fire.

“It adds additional tools to our toolbox, if you will, that even to the (federal government) wouldn’t be accessible,” Welbaum said.

So the next time a fire with dangerous potential ignites, all the state has to do is pick up the phone and call.

It would take Airstrike about three hours to respond from California, but the company plans to increase that response time by being proactive.

“Their intent is to bring the aircraft up and stage it in Colorado during the fire season, so that’ll help out immensely from an immediate response standpoint,” Welbaum said.

And signing this deal gives Colorado priority, as wildfires continue to devastate the West throughout the year.

“When we’re busy and other states or regions are busy, those assets become limited,” he said.

Based on cost estimates, Radke said it’s a worthy investment for Colorado.

“That’s one home right there. This measure could pay for itself easily,” Radke said.