White House flags moved back to half-staff after criticism

WASHINGTON D.C. – The flags outside the White House were once again flying at full staff this morning, less than 48 hours after the death of Senator John McCain.

But as of 2:00 p.m. (MST) White House staff has moved the American flag on the mansion back to half-staff after widespread criticism of raising it during mourning for McCain.

A proclamation from President Trump reads:

“Despite our differences on policy and politics, I respect Senator John McCain’s service to our country and, in his honor, have signed a proclamation to fly the flag of the United States at half-staff until the day of his internment.”

President Trump will not be present at services for the senator. Vice President Pence will speak at a U.S. Capitol memorial on Friday as Sen. McCain lies in state.  Chief-of-staff General John Kelly (Ret.), Defense Secretary James Mattis and Ambassador John Bolton will represent the Trump administration at his services in Arizona and the U.S. Naval Academy. 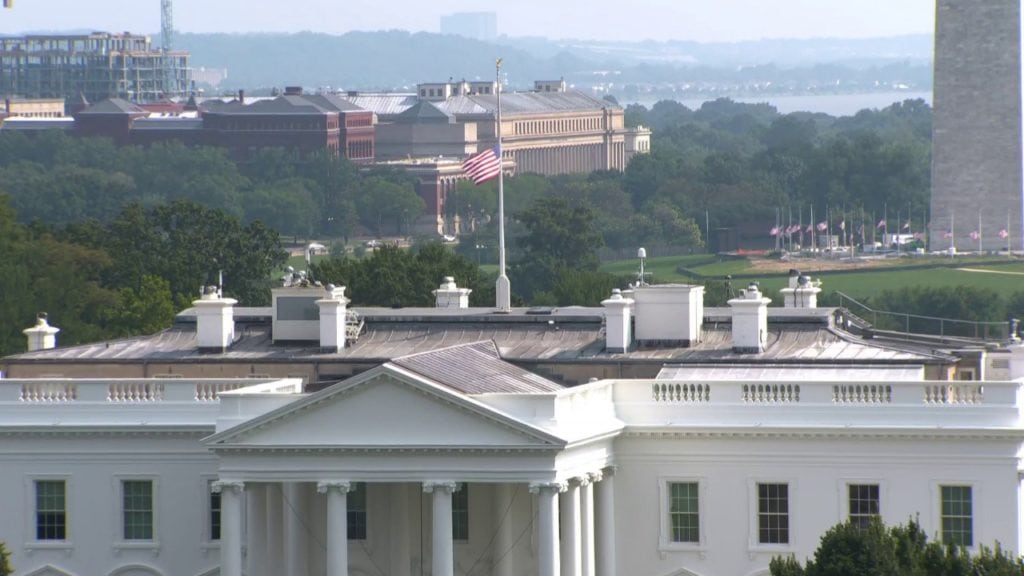 President Trump ordered the flags to fly at half-staff on Saturday evening. The general practice is for them to lowered to honor lawmakers and major public figures until their funerals.

Sen. McCain’s funeral is scheduled for this Sunday at the U.S. Naval Academy in Annapolis, Maryland.

U.S. Flag Code states that flags be lowered “on the day of death and the following day for a Member of Congress.”

By comparison, the flags at the U.S. Capitol remain at half-staff to honor the Arizona Republican and Vietnam War veteran who was held for several years as a POW.

We’re learning that the White House drafted a statement for President Trump concerning McCain’s death, but it was never sent out.

The two men had a tense relationship with Sen. McCain one of the administration’s most outspoken critics in the Republican party.

White House aides did not make plans for a televised statement on McCain’s passing, which would have been routine under similar circumstances

President Trump did take to Twitter to offer his “deepest sympathies and respect” to the family of Senator John McCain on Saturday night.