DOUGLAS COUNTY – With an accident halting traffic on a rainy Tuesday afternoon, South Andrew Road becomes a popular thoroughfare for drivers looking to beat the delays.

It’s a dirt road accessible at County Line Road from the south and Exit 161 from the north, but when construction begins on the I-25 South Gap Project two weeks from Tuesday, residents living near South Andrew Road fear more issues will arise.

Tom Sharkey and his family have lived off South Andrew Road since the turn of the century. He said at peak travel times, the dirt road sees a heavy portion of overflow I-25 traffic.

“It’s pretty absurd when you get 1,000 cars in an hour down a limited maintained county road,” Sharkey said. 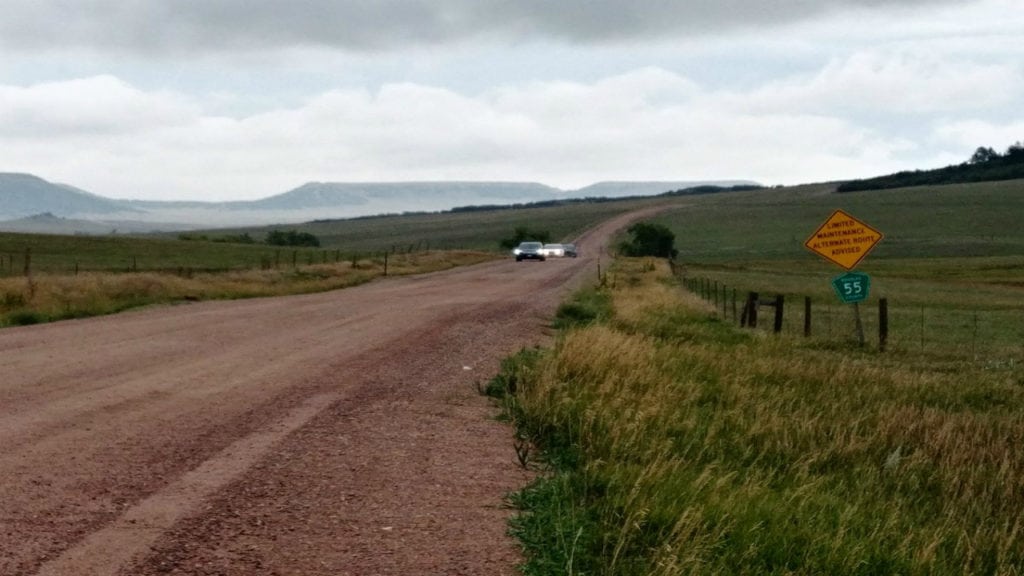 The road poses problems not just for locals, but for drivers too. Those issues include speeding, road conditions and signage, altogether creating a dangerous situation, Sharkey said.

“My wife has been run off the road about three times,” he said.

Sharkey said within the last few months, new signs have emerged pointing to South Andrew Road as a frontage road.

But not even a quarter-mile onto the road stands a sign asking drivers to find another alternate route, because Douglas County hardly maintains it.

Then, there’s a sharp turn, where Sharkey said he’s seen more than a dozen cars at one time pile up from driving too fast around the corner.

“People routine drive 50-70 miles per hour down that road, and they drive down the middle of the road,” he said.

He fears the situation will only worsen weeks from now, when construction starts on the 18-mile stretch of I-25.

The Colorado Department of Transportation told News 5 Monday it spent time analyzing the impacts the project would have before finalizing its plan.

“We spent over a year evaluating many alternatives as to what could be done to improve the road based on the resources that we have and based on the traffic demands now and into the future,” said Tamara Rollison, CDOT’s spokesperson for the project.

CDOT decided this was the best option, as thousands of drivers will travel Andrew Road to avoid construction backups.

“It’s a real safety issue,” Sharkey said. “Somebody is going to get killed out here.”