The drought monitor has been updated and shows significant progress on the drought situation over the last month. Over 80 percent of the state is considered to be in some sort of drought. While it’s good we’ve seen progress, we still have a long way to go.

The plains have seen the biggest change in drought coverage since mid July.

Teller and El Paso county have seen the near complete elimination of severe drought in the current update. Pueblo county has eliminated most of the extreme drought and replaced it with a severe drought. 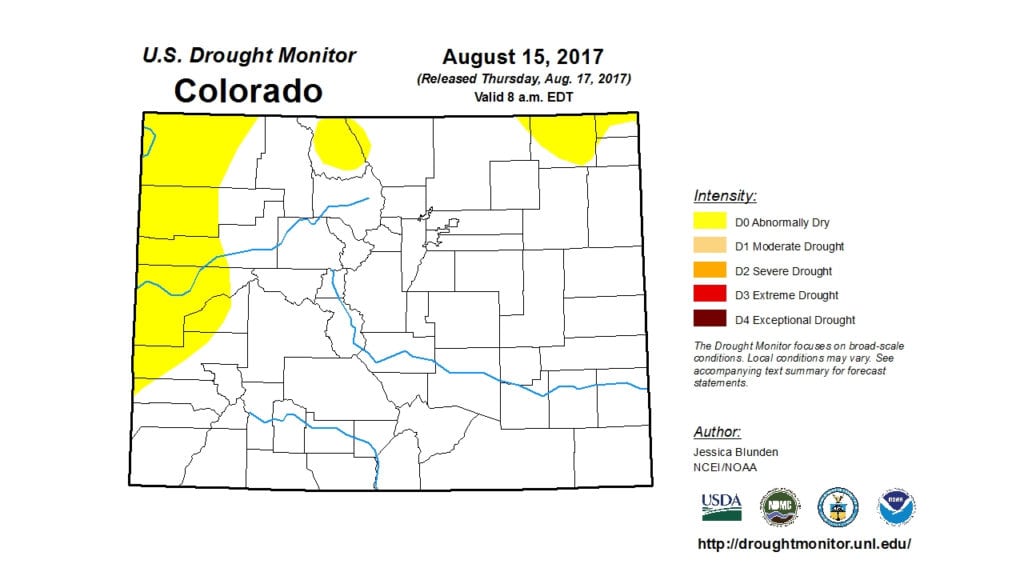 This is the state of our drought around the exact same time last year, August 15th in 2017. At that point, 85 percent of the state was considered drought free. A snowier winter followed by heavy rains from July and August in 2017 kept the state in excellent drought health going into the Fall.

We are going to need to see a wetter than normal Fall and early Winter if we want our drought conditions to look anything like what we saw last August.