BLACK FOREST – With continued growth into the area, and a sizable projected loss in revenue to come, Black Forest Fire Rescue is asking its voters for a mill levy increase.

The fire protection district currently includes around 10,000 residents living inside 5,000 homes, but the district’s board of directors told News 5 it expects that number to double in size within five years. 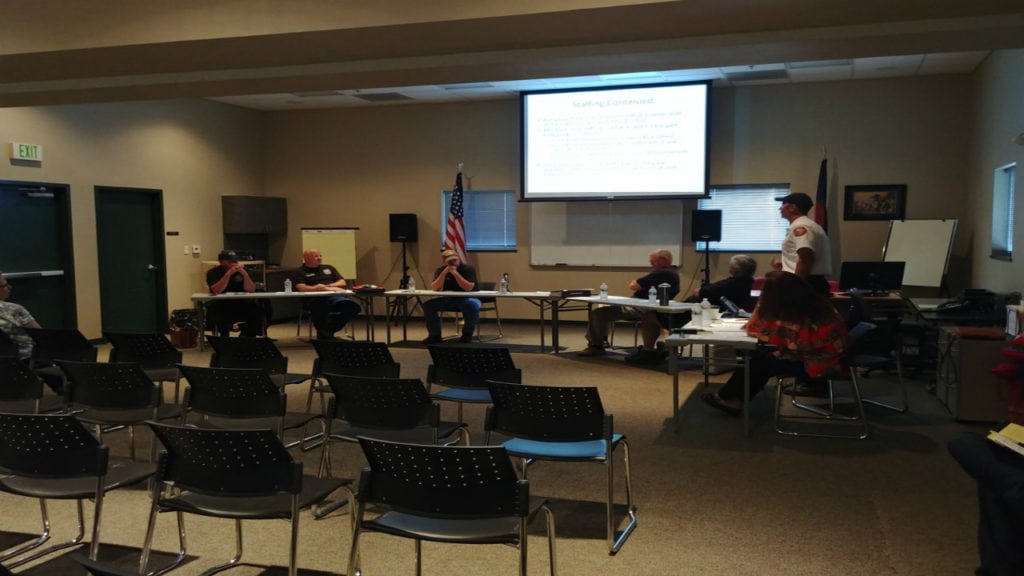 Black Forest Fire Rescue’s Board of Directors detailed the mill levy increase proposal at its normally scheduled meeting Wednesday night. The proposal would allow the board to increase the mills collected to a maximum of 14.5 mills, should the board feel the need to go that high.

Right now, the district collects 9.2 mills from property owners. For the owner of a property valued at $250,000, that would be an increase of $70 per year.

Board Chairman PJ Langmaid said it’s a move that would ultimately prioritize safety — not just for the public, but for firefighters too.

“The community can only have the fire protection and EMS service it’s willing to pay for,” Langmaid said. “The district’s growing, both in population and development. So, in order to provide those services, we feel that we need more revenue in order to accomplish that.”

Langmaid said that money would help with the department’s staffing situation. The department is currently stretched thin trying to staff two stations.

And as the area continues to grow into the wildland urban interface, firefighters would have better response times should a wildfire ignite.

The board of directors plans to submit the proposal to El Paso County on August 28, and voters within the district should expect to see a ballot some time in October, Langmaid said.

The board will also host two more public meetings to answer any lingering questions on the proposal.