WOODLAND PARK – It’s a city very much in tune with the nature it’s nestled into, but Woodland Park has a deer problem.

A recent analysis done by Colorado Parks and Wildlife shows the Woodland Park area has 88 fawns per 100 does. 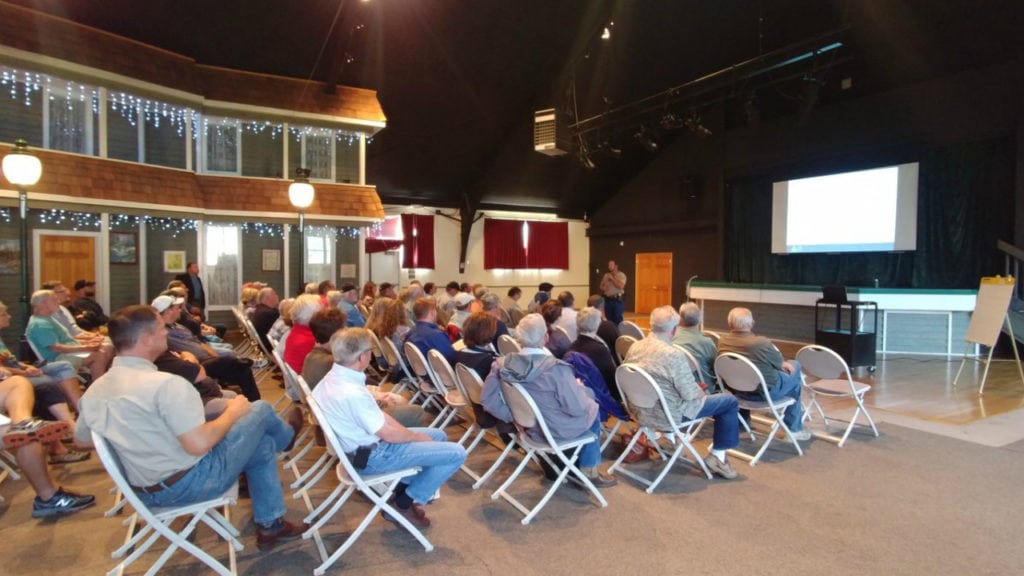 “That means that we’re having a lot of recruitment into the population, and so that population is going to keep increasing,” Kroening said.

He said all of those options seem unrealistic.

“If you’re looking at payment for each one, it’s going to be ranging between $500 to $1,000 per deer with those different management options,” Kroening said. “You start looking at the number of deer, and it becomes thousands of dollars very quickly.”

One of the more viable options is a regulated hunt, done either by so-called sharpshooters, or another entity chosen by the city.

Resident Terry Murphy, an Army veteran, said he’s in favor of that, because he said the deer have gone too far in Woodland Park.

“We’ve had, like I said, deer jump into our backyard, our fenced yard with our dogs, and one of these times wanted to get in there and kick one of my dogs,” Murphy said.

He said he’d prefer an archery-style hunt, fearing no management will lead more predators to the city.

“In the long run, it’s probably going to bring the mountain lions and bears and stuff like that more into our communities, because they know where the food is,” Murphy said.

But others, like teacher Claudia Miller, said she thinks that type of hunt is inhumane.

“The idea of actually shooting deer with bow and arrow… It takes an hour for them to bleed out, and it’s a sad situation,” Miller said.

She said she’d like the city to look into alternative methods — especially those involving traffic control — calling for a task force to investigate what would work best.

“Some communities are putting up overpasses, signs up,” she said. “Many times it’s because drivers are driving too fast.”

All of the options included in the presentation Tuesday are just that, options. The city is not required to take any action.