The Westminster Fire Department now says two people are dead and ten others are injured after a massive fire broke out in an apartment complex at 2:10 a.m. Sunday morning.

When fire crews arrived at the complex in the 1500 block of west 115th Avenue, the building was fully engulfed in flames and several people were trying to escape from the 69-unit building.

According to a release from Westminster Fire Department, "multiple parties jumped from second and third story units" in an effort to get out of the building. Others were rescued by first responders.

The fire is under control and crews remain on-scene extinguishing hotspots. 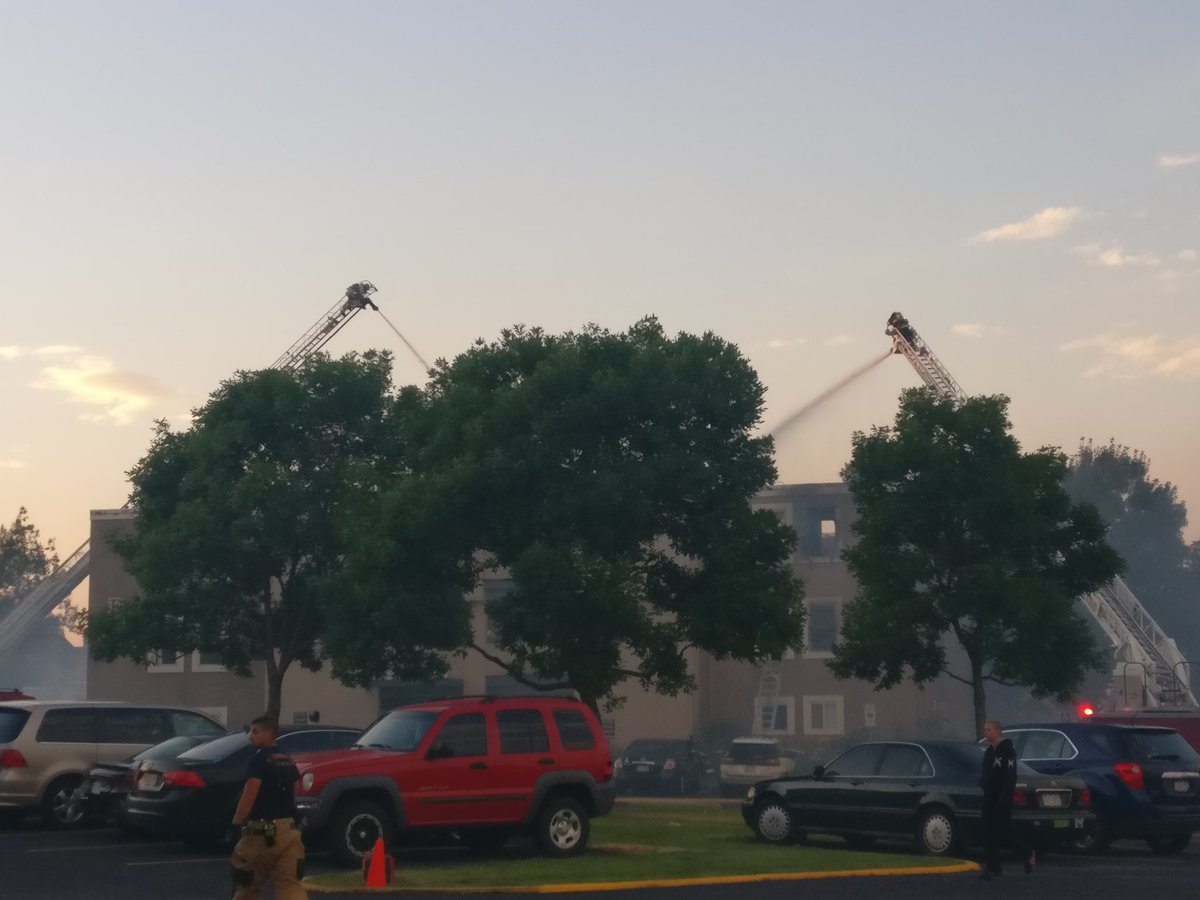 Approximately 30 residents were taken by bus to Silver Hills Middle School at 12400 Huron Street, where the American Red Cross is on-scene.

Any witnesses to the fire who may have left the scene are asked to contact Westminster Dispatch at 303-658-4360.

Crews from North Metro, Thornton, Arvada, and West Metro assisted with firefighting efforts and the cause remains unknown. The fire is under investigation. None of the firefighters are injured.

Update on the Westbury Fire: There have been two confirmed fatalities associated with this fire. One of the patients that was transported had died and another was located at the scene.

Update on the fire at Westbury Apartments: Fire is under control with crews still working on hot spots. 9 patients have been transported to area hospitals, some with serious injuries. No reported injuries to firefighting personnel. PIO is on-scene.

Westminster Fire, along with crews from North Metro, Thornton, Arvada, and West Metro are on-scene at a fire at a multi-family residence in the 1500 block of 115th Ave. pic.twitter.com/TE92Qg4Z4s