On July 19th at approximately 8:30 a.m., Pueblo P.D. officers were dispatched to the 1800 block of E. 14th Street on a report of two unconscious parties inside a vehicle.

When officers arrived to the scene, they discovered the vehicle was running, and also stolen. 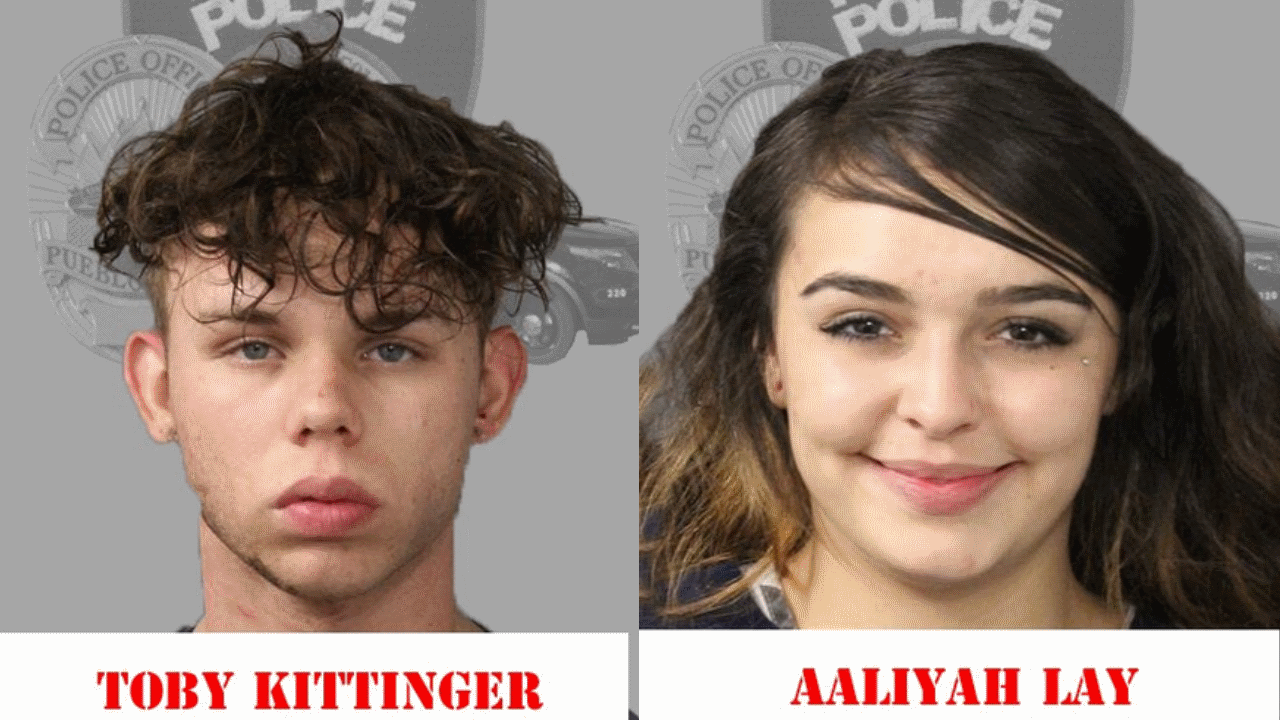 Officers did not engage in a pursuit of the vehicle. but were able to find gouge marks in the pavement a short time later.

Officers followed the gouge marks and found the vehicle parked near an apartment building in the 400 block of W. 7th Street. As officers searched the area, they located two people near the Pueblo Community Soup Kitchen who were identified as the individuals who were in the car.

According to Pueblo P.D., a 9mm handgun was found inside Kittinger’s backpack.