Bandages come off for orphaned cub rescued during 416 Fire

Remember the bear cub we told you about a few weeks ago whose paws were burned in the 416 Fire? Well, she’s on the mend and making progress at a Colorado Parks and Wildlife rehab facility.

New photos of the cub show her in a large pen with other orphaned cubs.  The great news is the bandages are off!  She’ll no longer need therapeutic wraps on her paws. 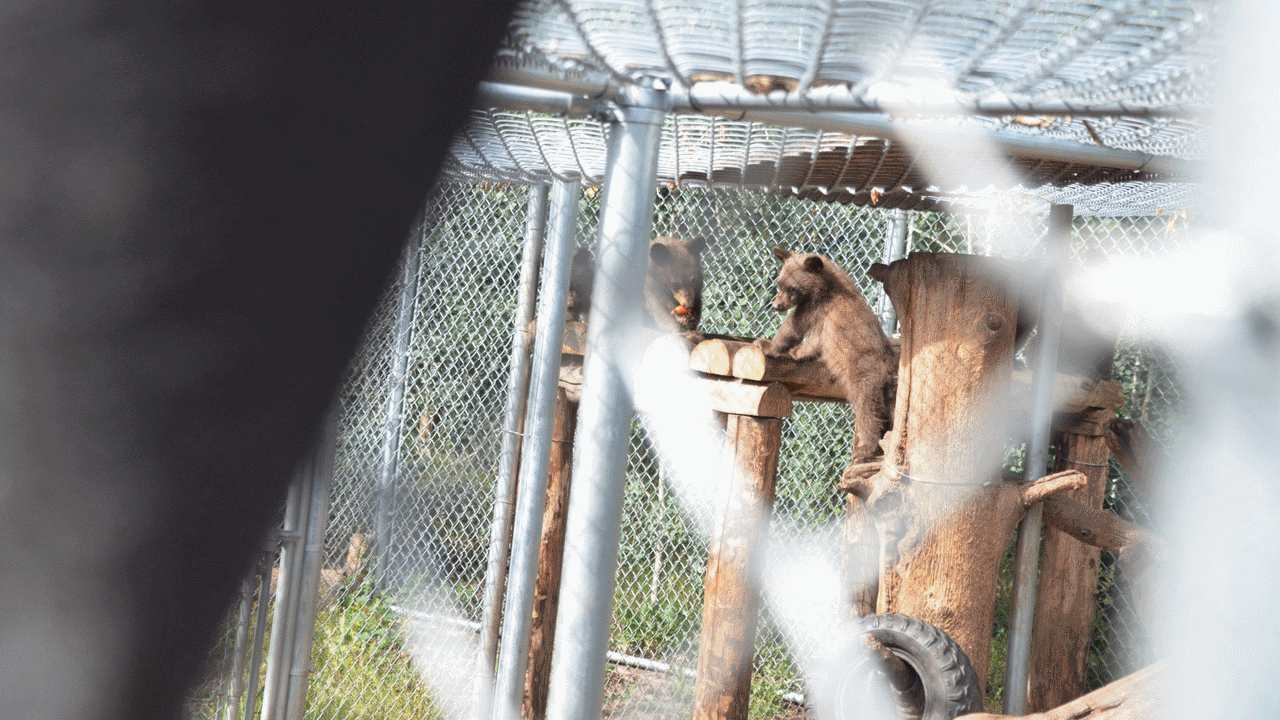 “The burns have healed nicely and at this point I’d say her paws are about 95 percent healed,” said Michael Sirochman, manager of the Frisco Creek facility who has been treating the cub. “She still has a few nicks on her feet that we’re keeping an eye on so we’ll probably examine her a few more times during the next month.”

As of Friday, the cub now weighs 26 pounds, a much healthier weight than the mere 10 pounds when found a month ago.

Just a couple of days ago Colorado Parks and Wildlife released photos showing the young bear’s paws in the healing process. She’ll remain with the other orphaned cubs at the facility until she can be released this winter. 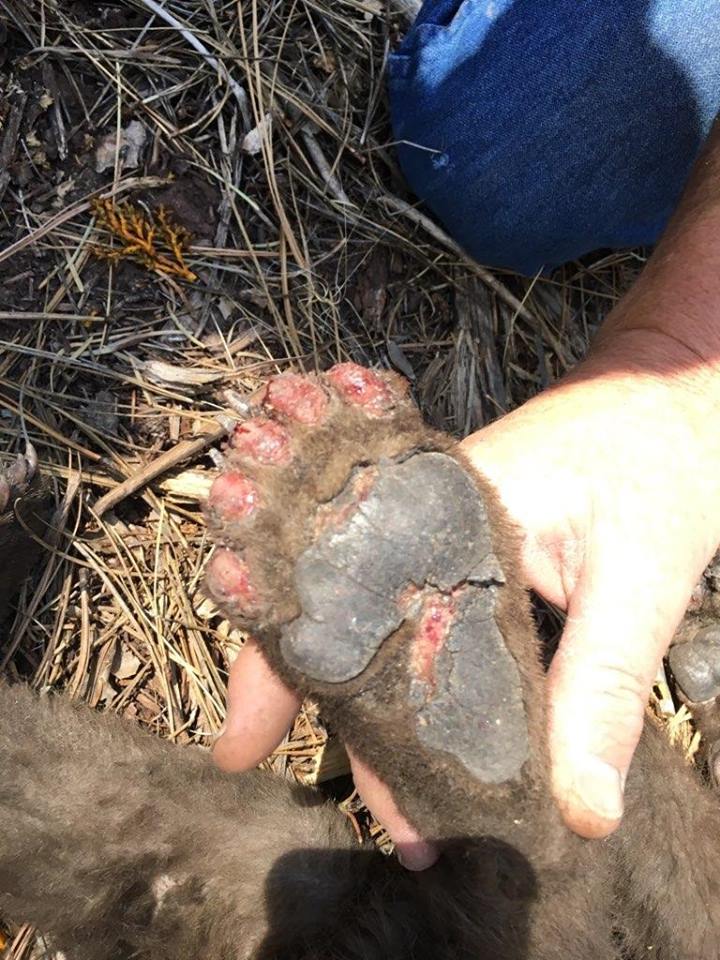 Firefighters and CPW officers were able to rescue the female cub from the 416 Fire that was burning north of Durango, but not before she suffered severe burns to her feet.

"When the bear was brought in, I wasn’t sure if it was going to make it," said Michael Sirochman, manager of the Frisco Creek rehab facility. "But she’s responding very well to treatment and by winter we believe we’ll be able to return her to the wild." 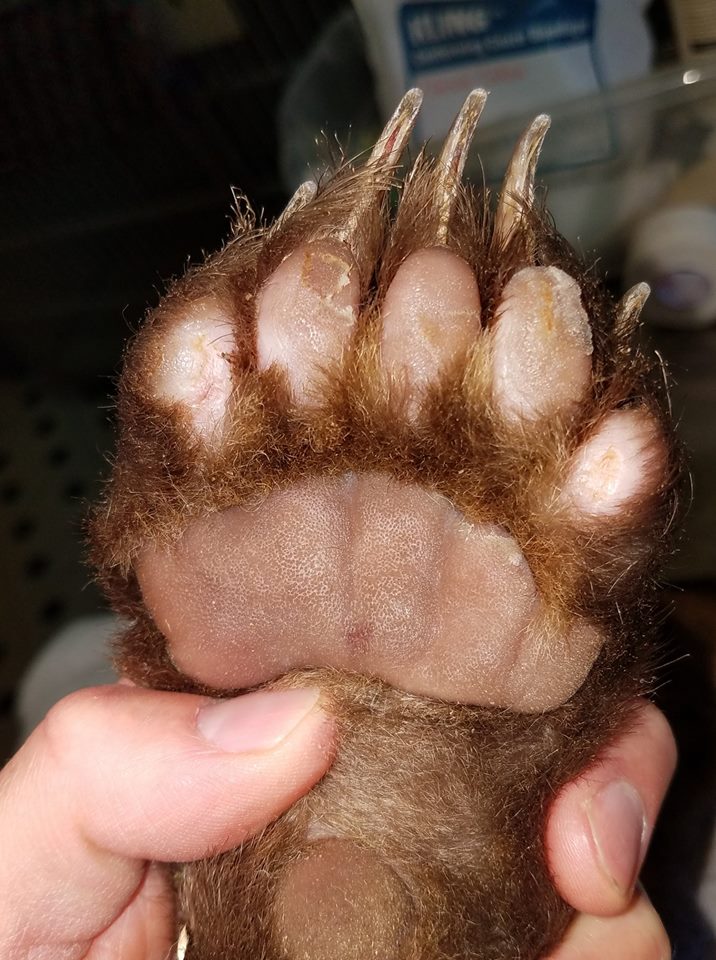 According to CPW, firefighters working the south end of the 416 Fire noticed the cub walking alone through a burned area during the week of June 18th. When the firefighters didn’t see a mother bear for a few days, they called CPW. On June 22nd, CPW officers found the bear in a tree and immobilized it using a tranquilizer dart. Except for the burns on its feet, they said the bear appeared to be healthy.

The area wildlife manager in Durango, Matt Thorpe, made the decision to send the bear to Frisco Creek. “We weren’t optimistic at first,” Thorpe said. “It probably hadn’t eaten in a couple of days, but it had survived on its own so we wanted to give it a chance.”

Sirochman, the Frisco Creek facility manager, speculated that the bear’s mother had likely placed her in a safe spot but was unable to get back to the cub because of the fire. 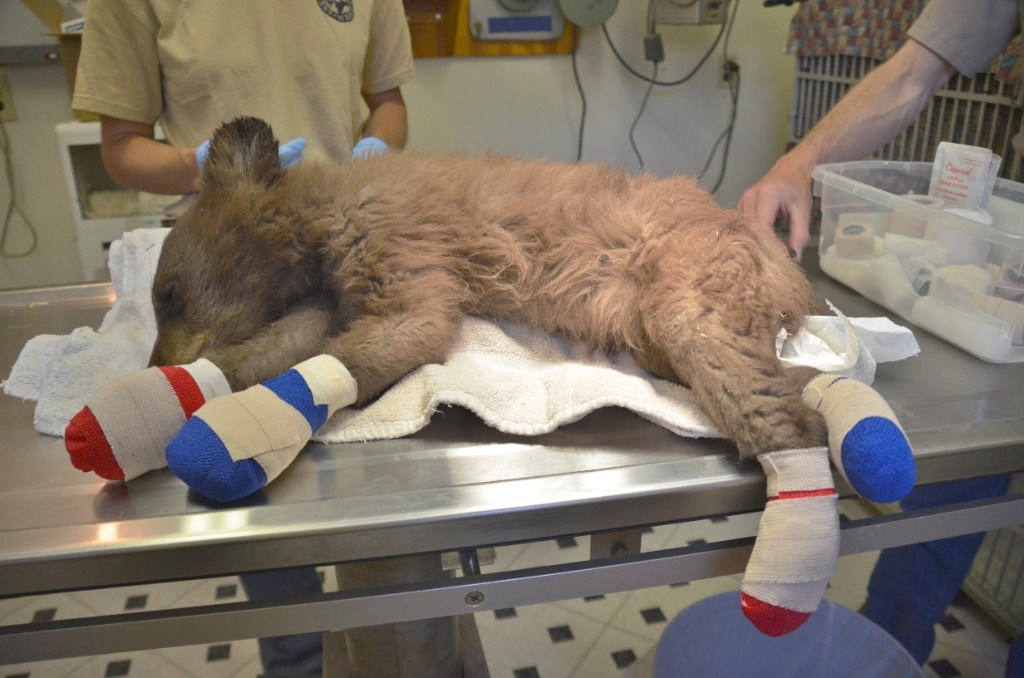 CPW said they have concerns about treating bears for injuries, because they could become habituated to humans. If a bear becomes habituated, they are unfit to return to the wild. Sirochman said his staff at the Frisco Creek facility have it set up so that bears have almost no contact with humans.

CPW said that no decisions have been made as to how the bear will be released, but it’s likely that after they begin to hibernate in late fall CPW officers will build a den close to the area where the bear was found. Responding to the natural hibernation cycle, the bear would likely emerge in the springs of 2020, probably by April. 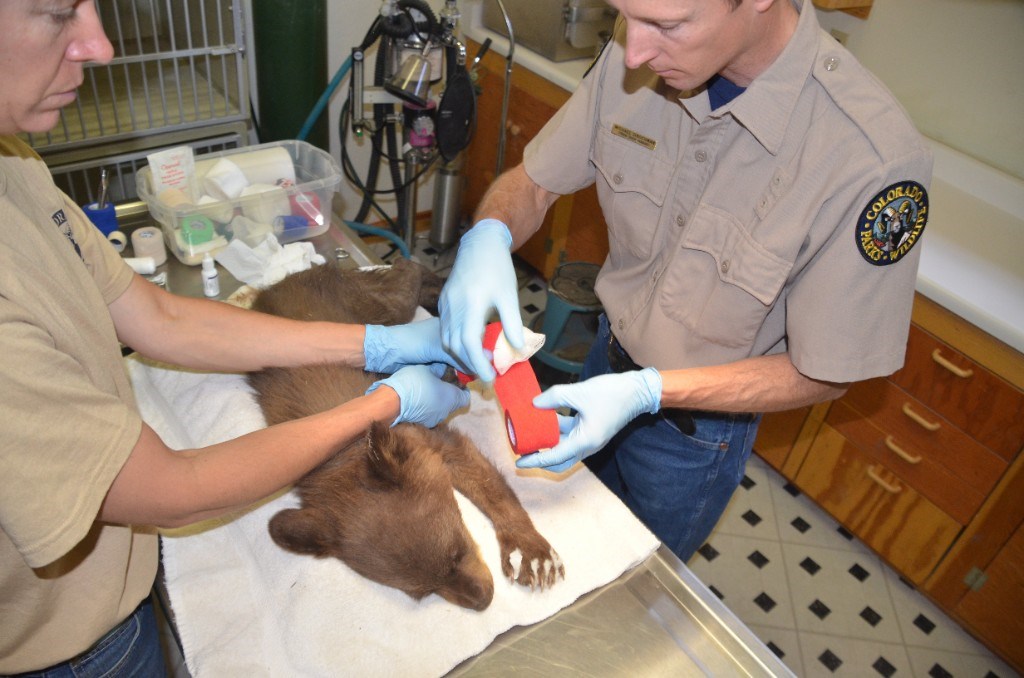 CPW biologists said while some wildlife is likely injured in forest fires, research has shown that most terrestrial animals are able to flee the imminent danger. When possible, CPW responds to reports of injured animals during forest fires. Following forest fires, fish and other aquatic life that live in mountain streams are most susceptible due to the possibility of ash flows from burned hillsides. 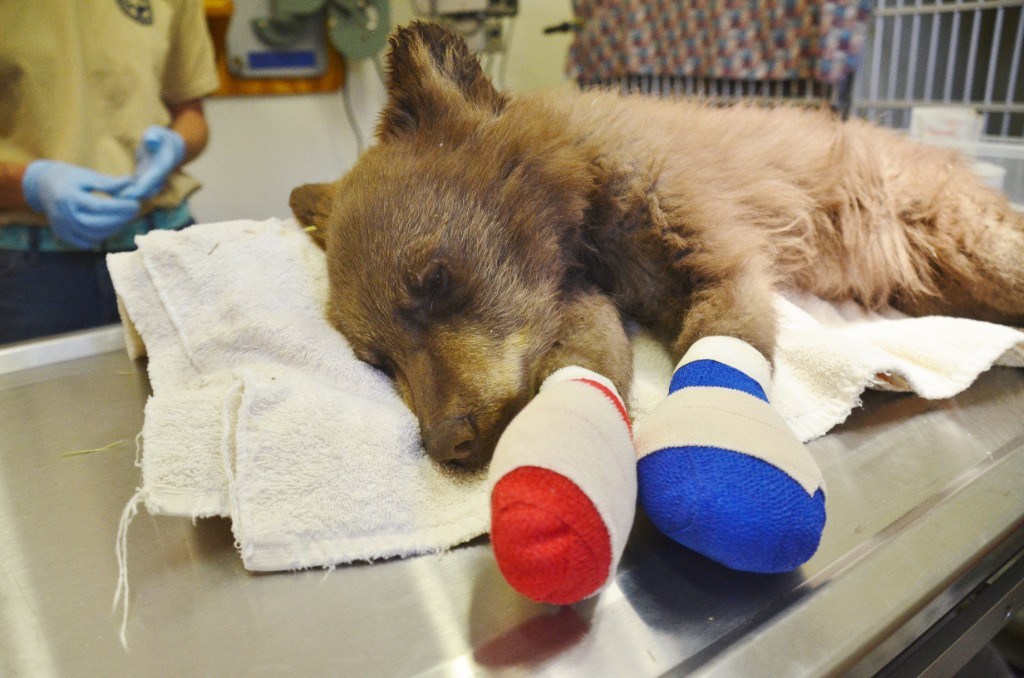