A pair of men in Pueblo behind bars linked to a burglary in progress.

The men were spotted on top of the roof cutting wires and removing an air conditioner from a home in the 2600 block of Ontario Street on Tuesday. 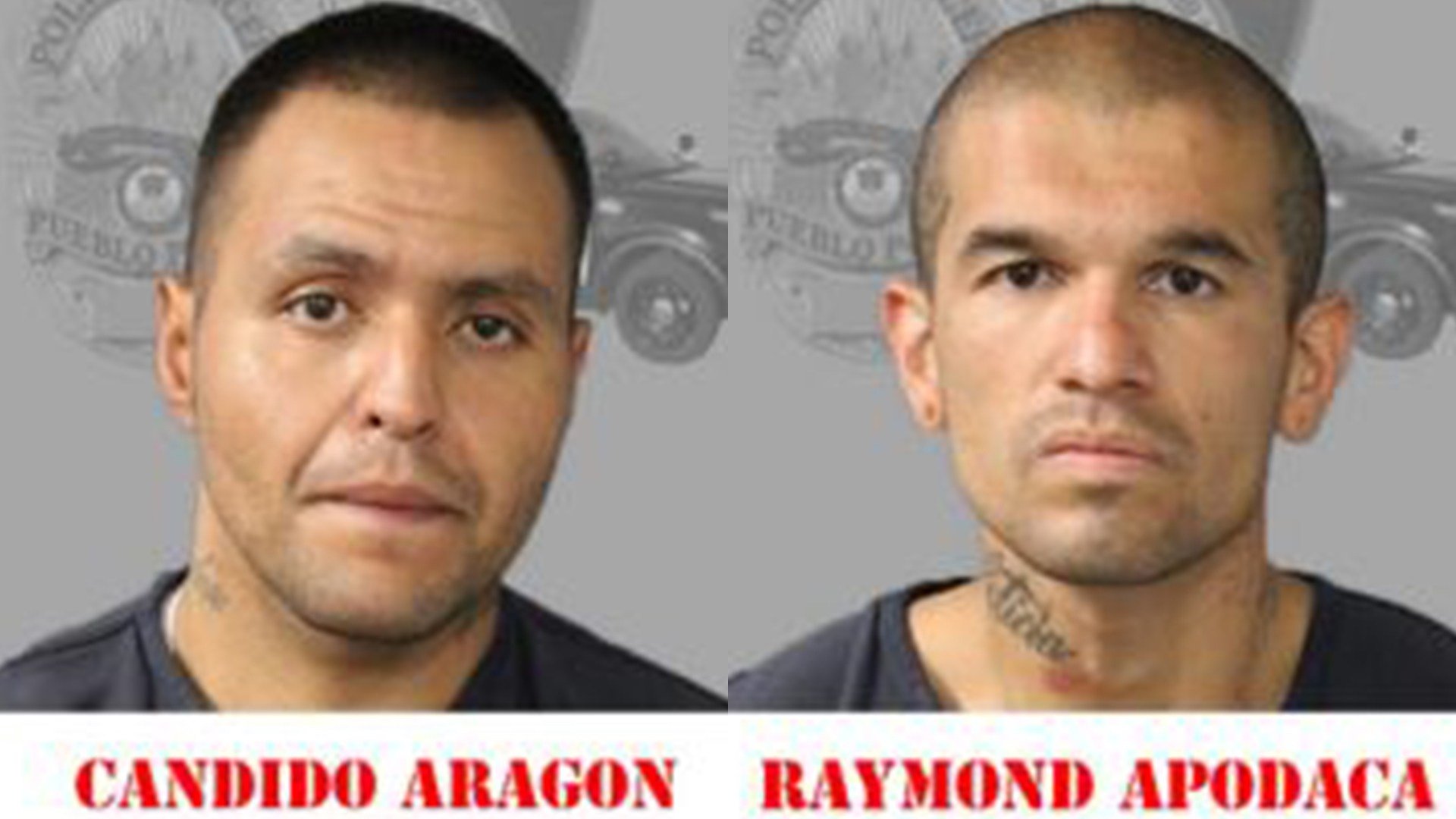 They took off before police arrived, in a black Acura sedan. It was later learned that the vehicle was reported stolen out of Rocky Ford.

A short time later, a patrol officer spotted the vehicle in the 1900 block of Claremont Ave. Police tried to initiate a traffic stop and when they turned on their lights and siren the passenger jumped out of the moving car.

The driver continued down an alley and tried to get onto Lakewood Ave. It hit another vehicle on Lakewood and the driver ran from the crash. Police found both the driver and the passenger in a home on Claremont Ave.

The driver was identified as 34-year-old Candido Aragon and the passenger 33-year-old Raymond Apodaca. Both face charges of burglary, trespass, auto theft and eluding.