Court documents about Friday night’s murder of a woman inside a home on Galleria Terrace detail a months-long struggle by the victim to get away from her husband who was accused of several threatening acts before his wife’s death.

Michelle Peters was found dead from a gunshot wound to the head on July 13th inside her daughter’s home on Galleria Terrace in Colorado Springs.

The arrest affidavit alleges Mark Peters dressed in a long black/red wig and was carrying pamphlets when he came to the home of his wife’s adult daughter. Both women answered the door and were immediately threatened with a pistol. During a struggle to keep the door closed, just one shot was fired through the door, which hit Michelle Peters in the side of the head.  Attempts to save her life in the home were unsuccessful.

Despite the attempt at a disguise, the victim’s daughter told police she recognized the voice of Mark Peters as he yelled obscenities while threatening to kill Michelle Peters.

Law enforcement across the region spent the next 5 hours searching for Mark Peters and his Harley Davidson. He was arrested before midnight.

Mark Christopher Peters is charged with first degree and is being held without bond. The charges against him were formally read on July 16th, and he’s scheduled to be in court again on July 24th. 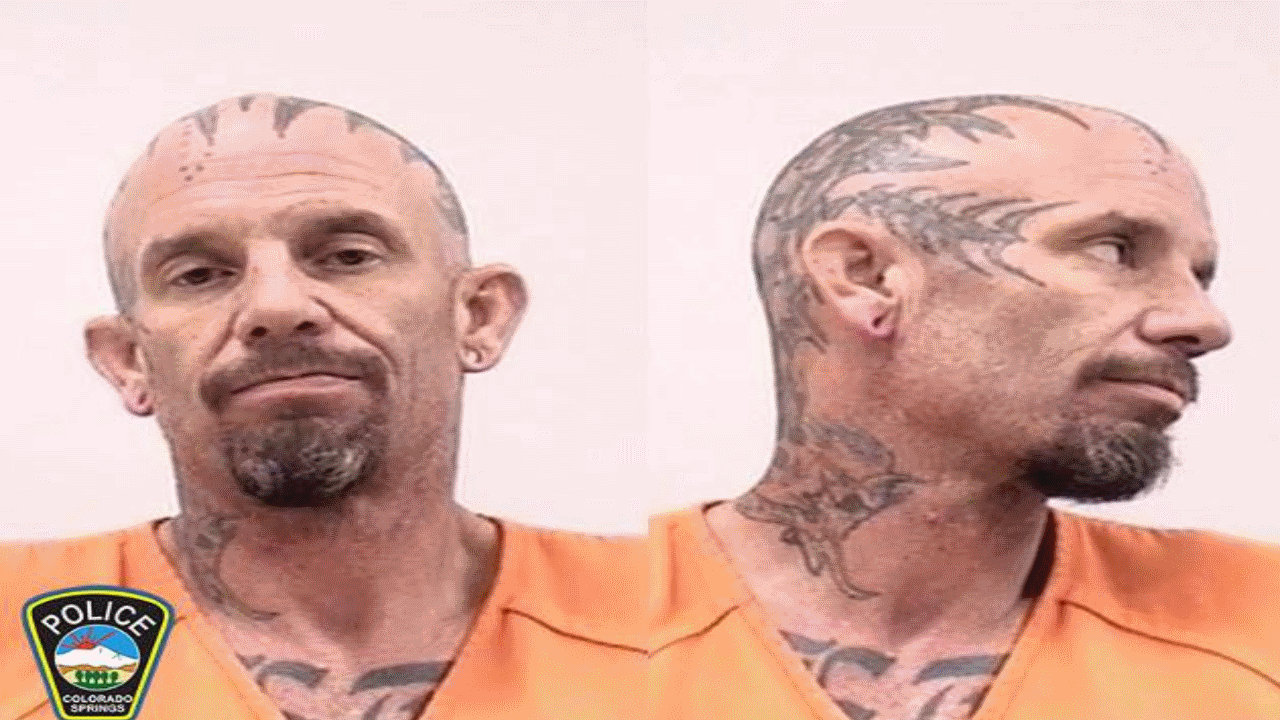 Court records show Peters has a lengthy criminal history. The more recent charges are related to his relationship with Michelle Peters, in which tried to hide her address, moved several times, was granted a protection order, and called police twice to report threatening behavior.

Michelle Peters started divorce proceedings against her husband in May. She was granted a temporary restraining order on May 3rd. Police reports on her  detail how she hid from him following repeated threats against her life. There was a permanent protection order against him as of May 30th to no longer contact Michelle Peters or interfere with her work or education.

However, she called police when she started receiving text messages in June – dozens on them – which included claims of fraud and direct threats on her life. "I’m the most lethal m*********** that you have encountered in your life right now and it’s all your fault," reads just one line out of 170 text messages she received in one day.

An officer also determined Peters had contacted his wife’s prior husband in an attempt to find out where she was living now. The officer says he mistakenly called the wrong phone number while trying to reach out to Michelle’s ex-husband. Instead he called Peters.

According to the affidavit, Peters claimed it was his wife’s daughter that must be sending the threatening text messages from his phone, then tried to claim she was doing it remotely online. He claimed Michelle Peters was threatening him.

On the night Michelle was killed there were two active warrants out for Mark Peters on charges he violated the protection order and a charge of stalking.