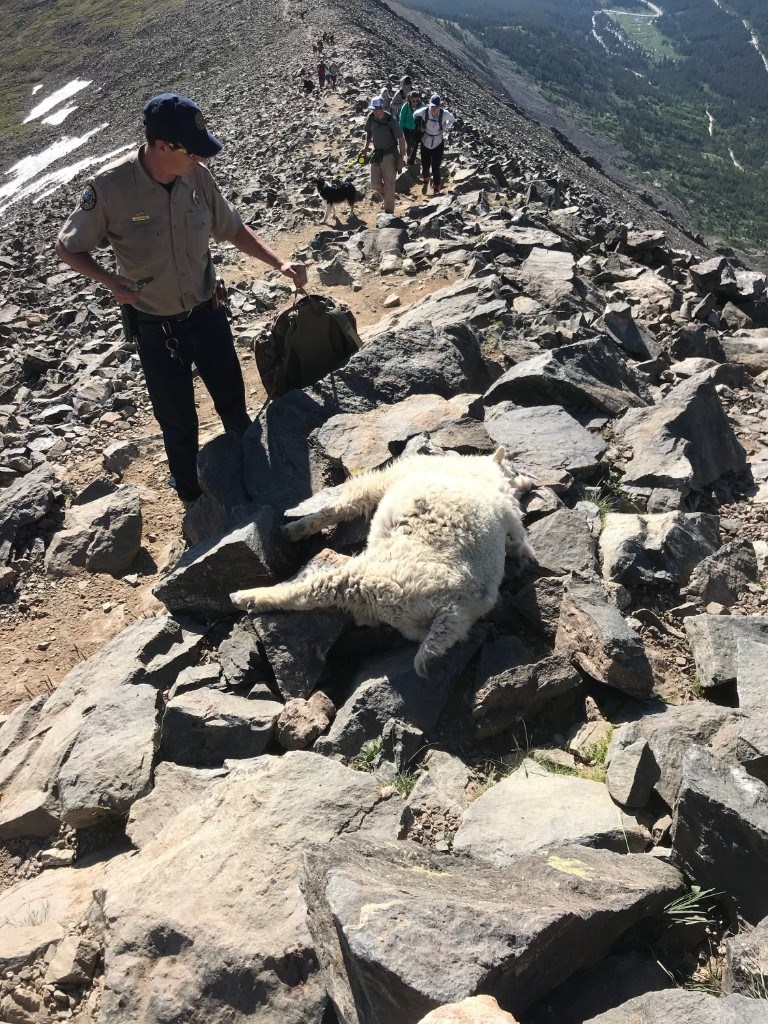 A monetary reward is being offered for information leading to the arrest or citation of the person/persons responsible for illegally shooting and killing two mountain goats last week.

CPW has been asking for public help in solving this case. But, thanks to donations, Colorado Operation Game Thief is increasing the monetary reward offer from $1,000 to $5,000 for information leading to an arrest or citation.

CPW said the two goats were young males, between one and two-years old, found nearly 40 yards from one another.

Anyone that was hiking the area on July 2nd or 3rd that may have seen something is asked to call or email Operation Game Thief at 1 (877) 265-6648 or game.thief@co.us.

CPW said the penalties for each mountain goat are a fine of not less than $1,000 and not more than $100,000, or imprisonment of not more than one year in the county jail, or both. Upon conviction, any or all license privileges of the guilty party can be suspended for a period of one year to life.