Colorado Springs Police are searching for a possible homeless robbery suspect from January 15.

Police said a black man entered a 7-Eleven at 331 South Hancock Ave around 9:30 p.m. The suspect reportedly threatened the clerk with a gun and demanded money from the register.

Police say the suspect said he was homeless before fleeing the scene on foot. He is described as a 30-45-year-old man, 5’11"-6’0", with a medium build and prescription glasses. 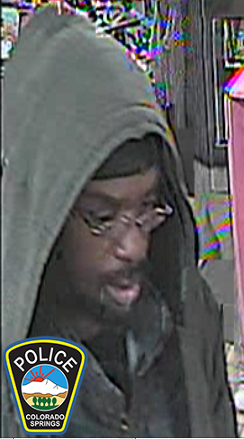