Texas man attempts to run over girlfriend, crashes through Walmart

A Texas man is in custody today after driving his pickup through the front doors of a Walmart.

The incident, which was caught on security camera, happened in San Angelo, Texas.

In the video, you can see the truck barrel through the front doors of the Walmart. The vehicle continues through the store and makes it to the cereal aisle before turning around and heading back out.

According to police, when they arrived at the scene the driver sped away, hitting another vehicle on his way out of the parking lot.

The police investigation revealed that the driver, 19-year-old Caleb Wilson, was seen arguing with a woman as he left the store just prior to the crash. Police said they believe Wilson then attempted to hit the woman with his truck before crashing into the store.

No one in the store was injured. The store may have to be closed for several days while repairs are made. The damage is estimated to be about half a million dollars.

Wilson was stopped and arrested a short time later. He was taken to a local hospital for a mental health evaluation. He is facing multiple felony charges. 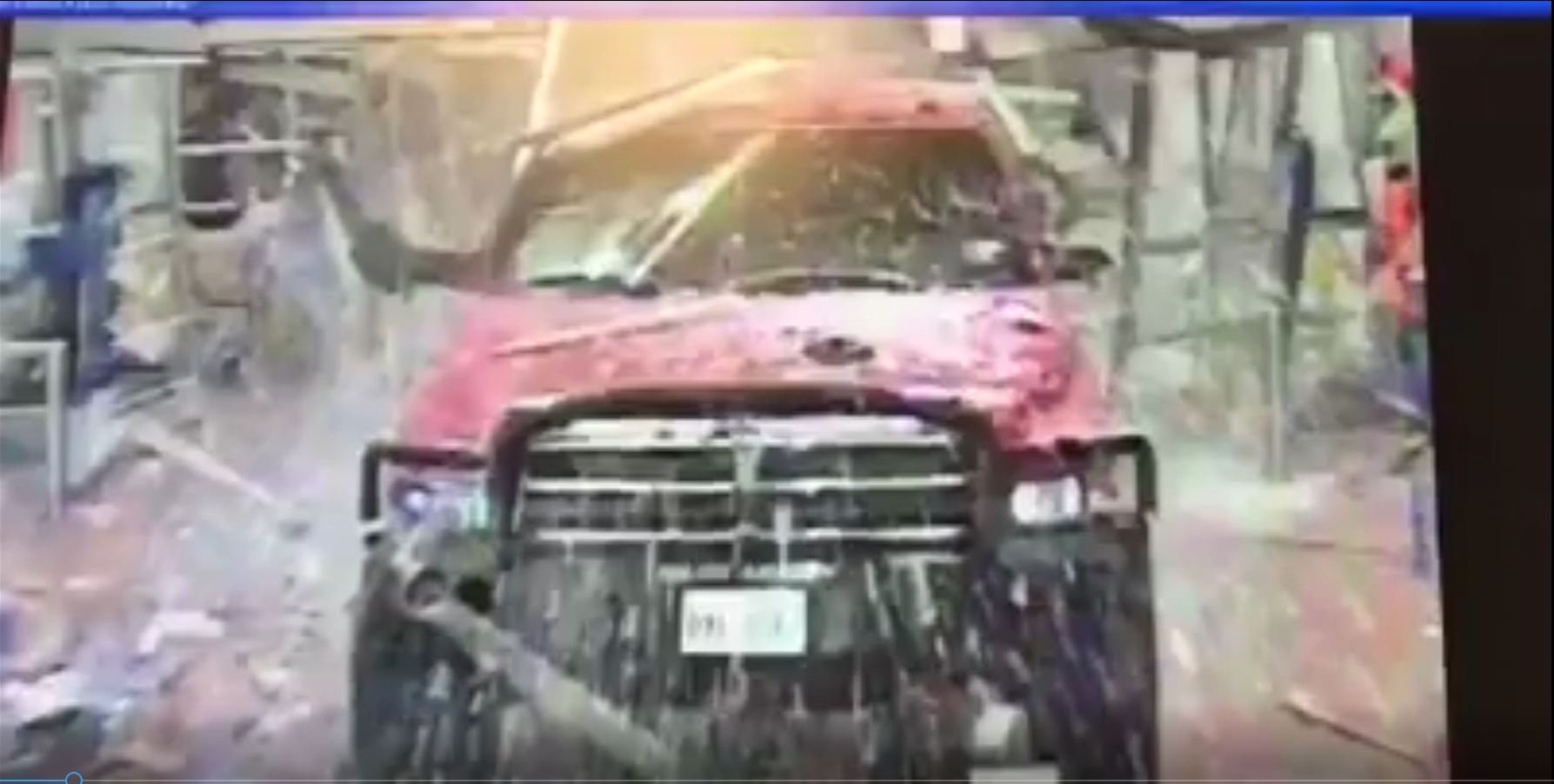