Being a small town police department, the Del Norte Police have to do their best with limited resources.

Sometimes that means posting mugshots of wanted people to Facebook and asking for the public’s help.

According to the Del Norte Police, Trishtin Brown is wanted for possession of a controlled substance by the 12th Judicial District in Rio Grande County. The department recently put his picture up on their Facebook page, and wouldn’t you know it, Brown saw the post.

The Del Norte Police saw the comment and decided to write back. They asked him if he’d like to come in and take care of his warrant. Not surprisingly, Brown didn’t comment back.

Also probably to no one’s surprise, he hasn’t turned himself in. 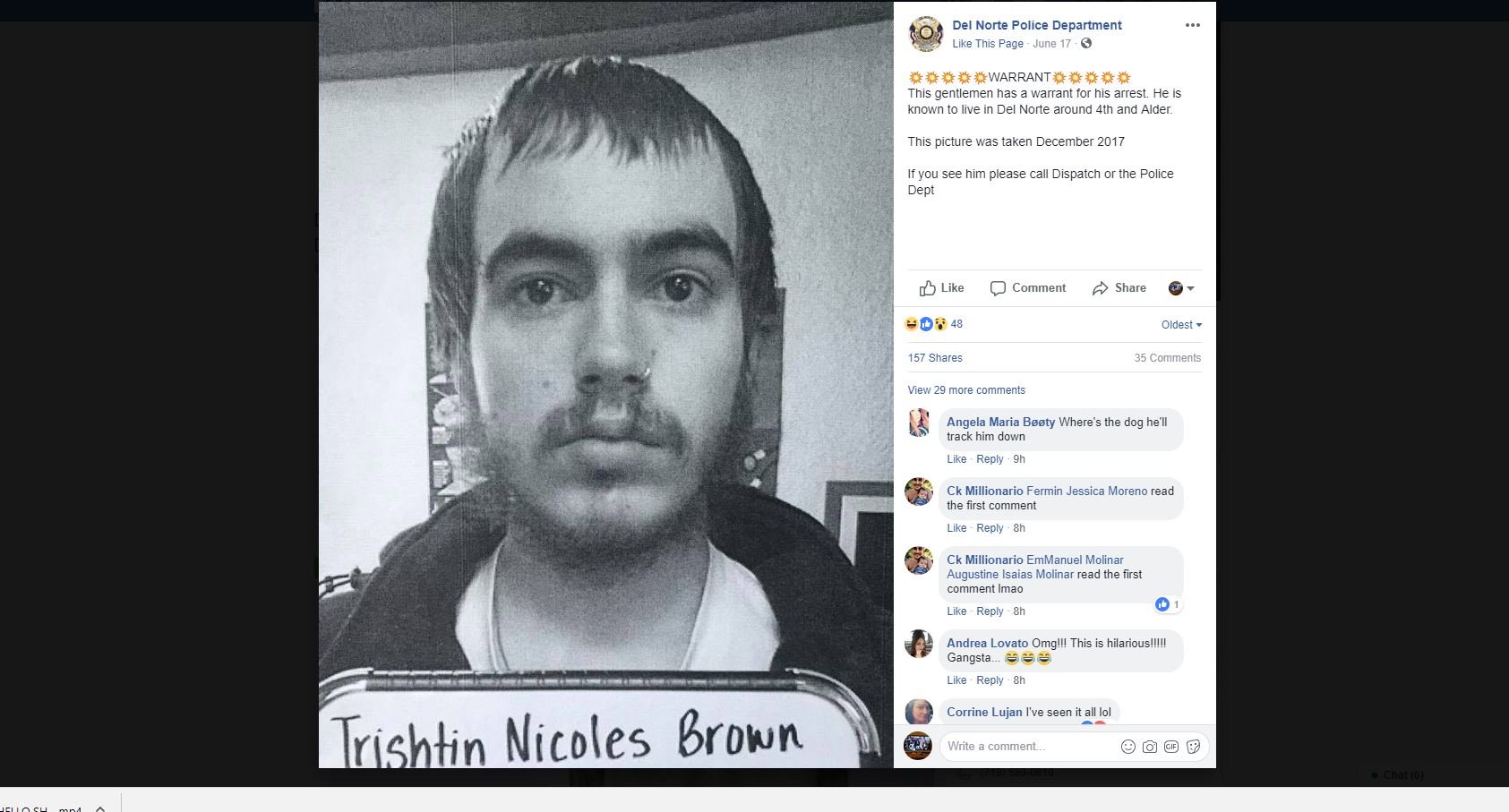