It’s the start of a new era in Pueblo: The Owlz era. The City officially welcomed Orem Owlz owner Jeff Katofsky and his family to town today.

"I’m proud to be the first person to say, "let’s play ball!" County Commissioner Sal Pace said to loud cheers from the crowd of more than 100 people who came to Andenucio Field at the Runyon Sports Complex for the announcement.

The rookie league team is affiliated with the Los Angeles Angels. They are the first affiliated Minor League team to call the Steel City Home in more than 60 years. Katofsky isn’t just bringing his team to town. He’s also investing $50 million in the city by building a trio of new hotels downtown.

"We anticipate about 400 jobs coming out of this project," said Chris Markuson, Economic Development Director for Pueblo County.

Katofsky told the crowd its been his dream for years to start a youth sports tournament, and he believes Pueblo is the right place to make it happen.

"I’m going to be selfish for a second and tell you why, and I’m standing on it here, and it’s that field and that one and that one and the six more," he said pointing to the ballfields at Runyon. "This is giving me the opportunity to do a youth program and the other things go with it."

The voter-approved the expansion of the Runyon Complex will add the six new ball fields Katofsky was referring to. He plans to host several weeks of youth travel tournaments that are expected to bring hundreds of families to town. 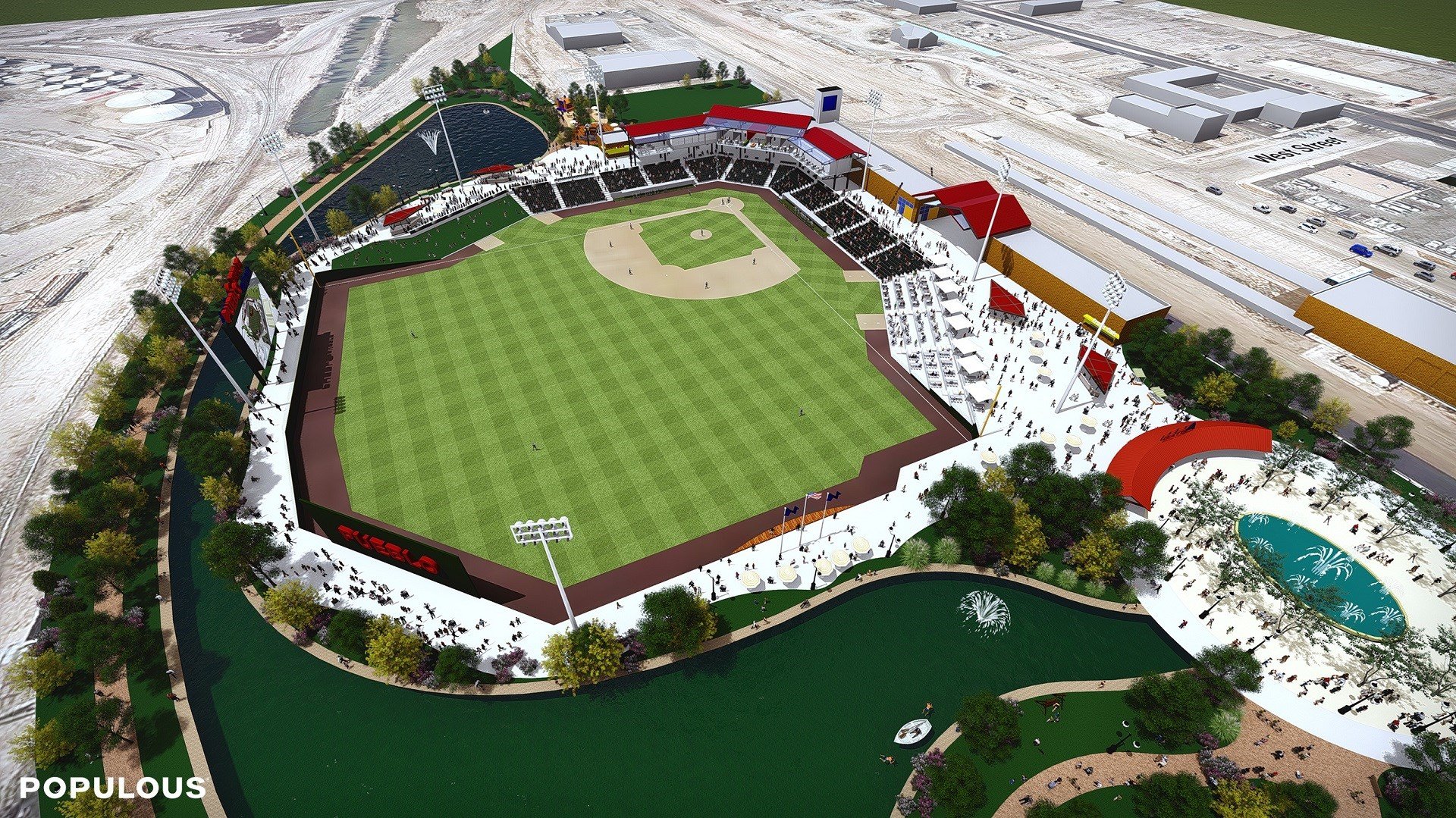 "I’m just really thrilled with the project," said County Commissioner Terry Hart. "This is a wonderful guy, we’ve had a good opportunity to get to know him over the last year or so. I think he brings lots of great ideas, he’s bringing his wallet. He’s doing lots of great things for our town."

"I don’t think anybody would invest the kind of money he is if he didn’t think he was going to be successful."

"When we have a vision and when we have a mission, it is my belief that Pueblo is the ultimate city that can come together and see that vision and that mission become a reality," added Steven Trujillo, president of the Pueblo Latino Chamber of Commerce.

Even the Owlz future competitors in Colorado Springs are excited by the news. The Owlz play in the Pioneer League against the Helena Brewers. They’re the team that will replace the Triple-A Sky Sox next season.

"We’ll going be able to a lot of great things from a cross-promotional things together," said General Manager Chris Philips. "It’s a no-brainer. I mean, I think it’s a great move for the City of Pueblo and we’re super excited about it as well."

That’s a rivalry that Katofsky is eager to get going.

"There will be terrific rivalries between those two teams and I’ll put it out there right now, we’ll be better than they are," he said.

Katofsky and the County want to begin construction of the new stadium, the hotels, and the youth baseball fields later this year.