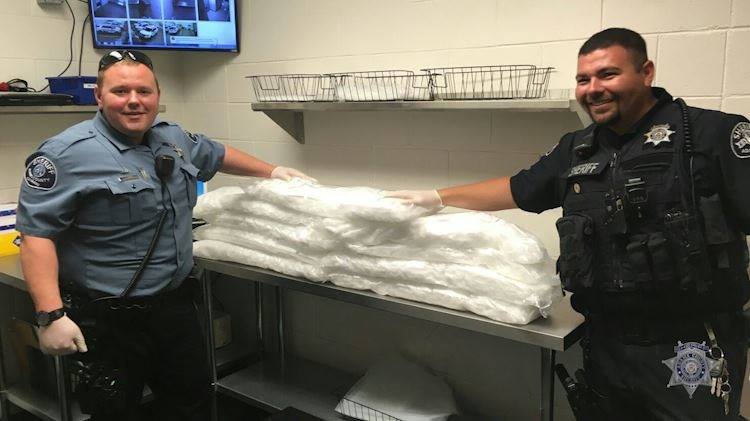 The sheriff’s office said a deputy stopped a car for speeding. When the driver was contacted, the deputy noticed the driver and passenger were both very nervous.

Deputy Bonder began writing a summons for the speeding violation, when a fellow deputy’s K-9 Nacho alerted them to the trunk of the car. Upon conducting a search, deputies found 113 pounds of methamphetamine in the subwoofer box.

The estimated street value of the meth was over $1 million.