News 5 Investigates went undercover to catch a man preying on the disabled.

Edward Fickas sells high-end wheelchairs and power scooters, but some customers aren’t getting the product they ordered. 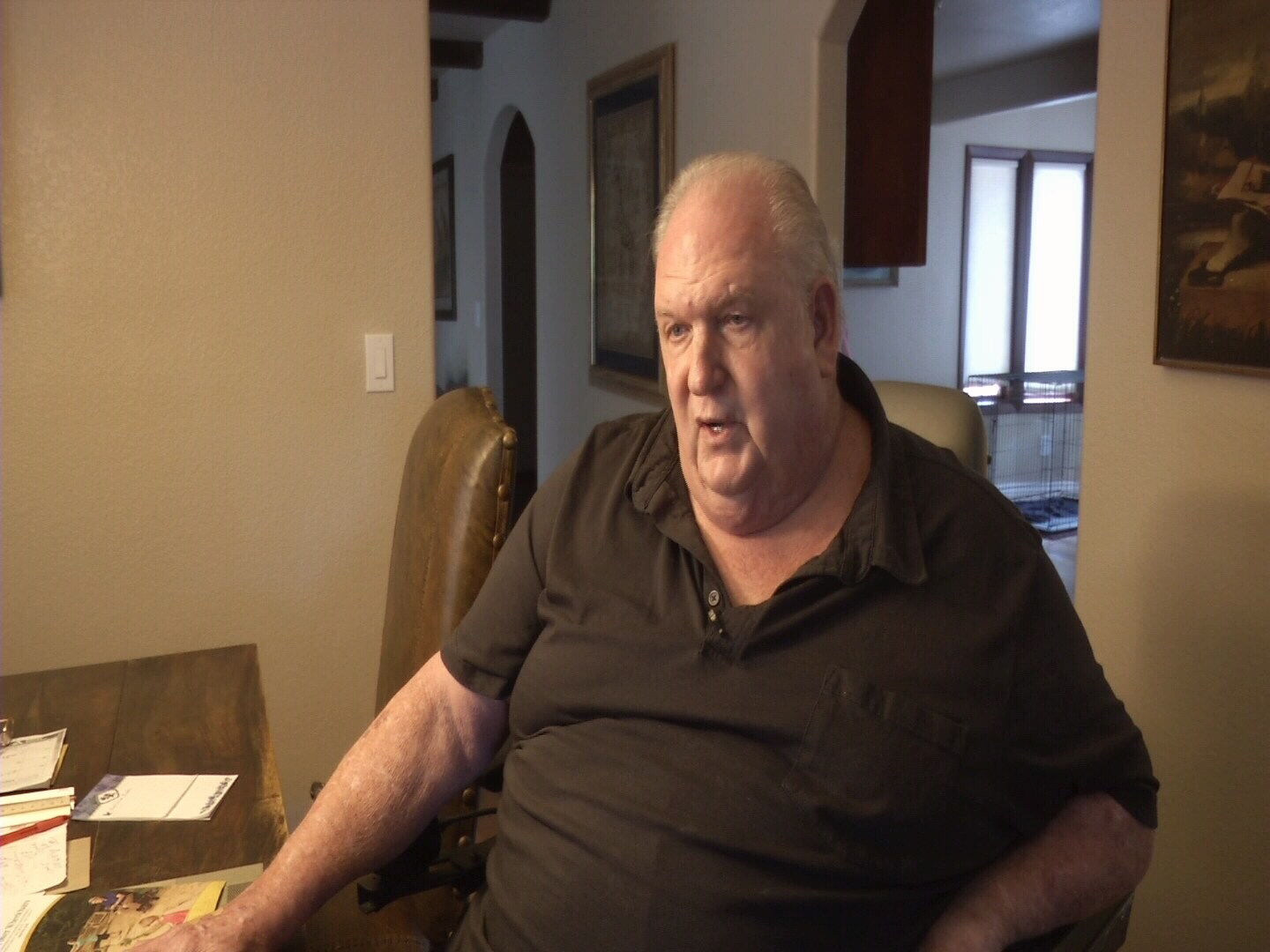 Unfortunately, it was too late. A few years later, Hall received more bad news when he contracted another infection in his other leg.

Hall is now a double-amputee and requires a wheelchair to get around.

In February 2018, Hall paid Fickas, the owner of Best Priced Mobility Scooters a total of $2,240 for the specialized wheelchair, but it never came.

“He doesn’t answer the phone when I call him,” Hall said. “He doesn’t call back when I leave him messages.”

“The last conversation that we had, he told me he is going out of business,” Hall said. “He said he’d still get me the money. He (said) he’d borrow the money from his mother or something.”

After waiting months for his money back, Hall contacted News 5 Investigates for help.

Fickas said in an email that he “lost his business” and blames his supplier, Golden Technologies for doubling the cost he pays for wheelchairs and scooters.

Through his own admission, Fickas says he owes $6,500 in refunds and claims he’s in the process of reimbursing 4 other people.

“Mr. Fickas’ accusation of pricing is false,” Charles Copley, executive vice president of Golden Technologies said. “Additionally, he has an account with Golden that is default of payment and not meeting payment terms. Quality service and timely deliveries are of top priority for any reseller of Golden products. “

So where did the money go that Hall and other customers paid?

We had two station employees call Fickas to ask about ordering the same wheelchair Ron Hall is waiting to receive.

Fickas scheduled an appointment at the Brookdale Skyline Senior Living Center and what he told our undercover employees is far different than what he told Chief Investigative Reporter Eric Ross.

Our producer asked how quickly he could order the wheelchair and have it delivered.

“2 and half weeks is what it takes,” Fickas said. “It’s three (weeks) if I do a credit card over the phone.”

Fickas’ sales pitch is upsetting news to Hall who has been waiting months for his wheelchair.

“It’s my money and I’d like to have it back and should have it back but those people, a lot of them might be seniors and they purchase it out of their pocket,” Hall said. “That may be the only money they have is the money he (Edward Fickas) took from them for the deposit and my guess is that if he can’t pay me back, he’s probably not doing it for them either.”

Fickas repeatedly told us his business was “done” and he wasn’t making any profit, but he contradicted himself to our two employees who went to take a look at the wheelchair in-person.

“This is my gold mine,” Fickas said as he walked our employees down the hall. “This is my cash cow!”

News 5 Investigates began working on this case in May 2018. We asked Mr. Fickas if and when he would refund Ron Hall his money.

Fickas asked that we give him until May 31 to come up with the refund. Fickas did not keep his promise, but did refund a total of $900 as of June 12.

He said he would have sufficient funds by June 25 to reimburse Hall another $1,240.

Hall said he contacted Colorado Springs police for help, but was advised this case was a civil matter.

A spokesperson for Brookdale Senior Living issued the following statement Tuesday regarding this matter:

“We were not aware of the issues regarding Mr. Fickas or his company,” spokesperson Heather Hunter said. “We appreciate you making us aware of these. With our residents’ well being as our top priority, we will review (the) situation and make the appropriate business decision.”

Hunter reiterates that Fickas is not an employee of Brookdale.