Park rangers near Grand Junction are on the lookout for several teens who vandalized a National Park, all just to ask someone to prom.

A couple weeks ago, in late May, rangers found the ‘promposal’ on the Colorado National Monument.

Along with the invitation, two other comments were found spray painted on the monument.

Representatives with the monument said the culprits could face up to six months in jail and a $5,000 fine.

"It is incredibly frustrating. We know that most people come here and visit the parks because of their natural beauty," said Park Ranger Geoff Jasper.

This past Saturday, the Monument’s Facebook page posted pictures, seeking tips on who spray painted the graffiti.

Rangers are now working to figure out the best way to remove the graffiti in order to keep the Colorado National Monument preserved for years to come. 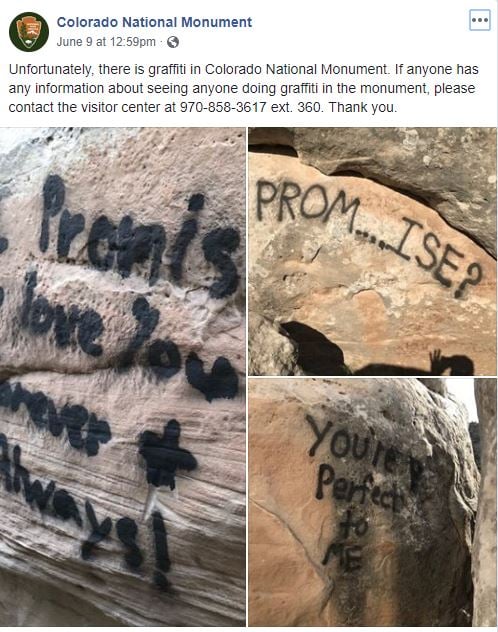