Fremont County commissioners are not happy with District Attorney Molly Chilson over a plea deal she offered Clerk and Recorder Katie Barr.

Barr was facing prison time for writing county checks to cover insufficient funds in her and her husband’s bank accounts.

Under a plea deal, Barr was able to avoid jail time and pay a $750 fine.

Barr initially faced felony charges which would have disqualified her from serving as clerk and recorder had she been convicted.

Instead, she was able to plead guilty to a misdemeanor charge of “writing a bad check” in exchange for 1-year probation and what commissioners call a “small fine”. She also is required to take a financial management course and perform community service.

Under the plea agreement, Barr will remain on the county payroll until her term expires.

“Public trust has been eroded and we are trying very hard to get public trust installed back into Fremont County government,” Commissioner Tim Payne said.

Barr’s arrest no doubt has cast a negative shadow in Fremont County. 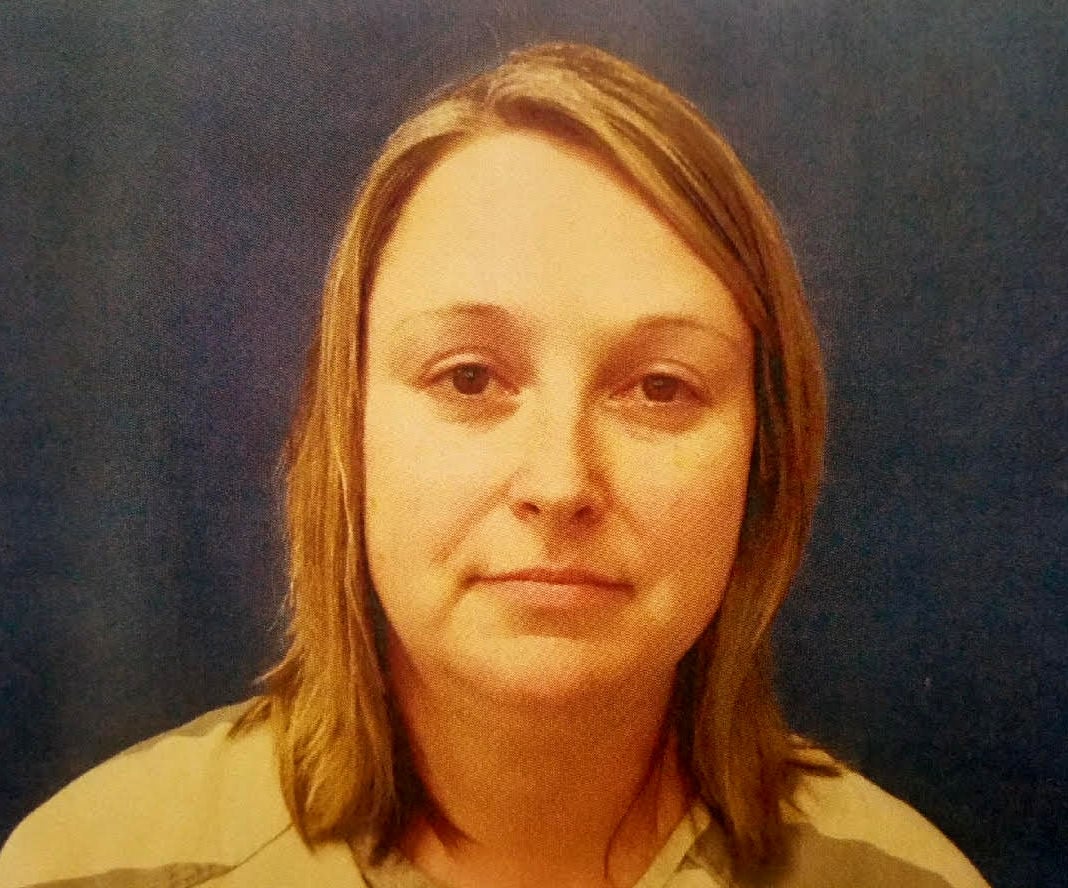 Our News 5 Investigation, which led to a criminal investigation in 2017, found Barr had used county funds to cover personal expenses.

“We had no idea this was going on,” Payne said.

News 5 Investigates later learned the money Barr had taken was eventually paid back over time. The County and DA reiterate that no money is currently missing.

Commissioners claim they did not approve or have knowledge about the financial records in the Clerk’s office until Chief Investigative Reporter Eric Ross filed an open records request.

“There was one check for $2,000 that was left unpaid for 11 months,” Payne said. “That’s basically an interest free loan for 11 months using public money. I can’t see in anyone’s world where that’s okay.”

Barr also wrote another check for more than $3,000 which she failed to pay back for nearly four months.

Chilson told Judge Ramsey Lama that she couldn’t successfully prosecute the case because other employees were allegedly doing the same thing. 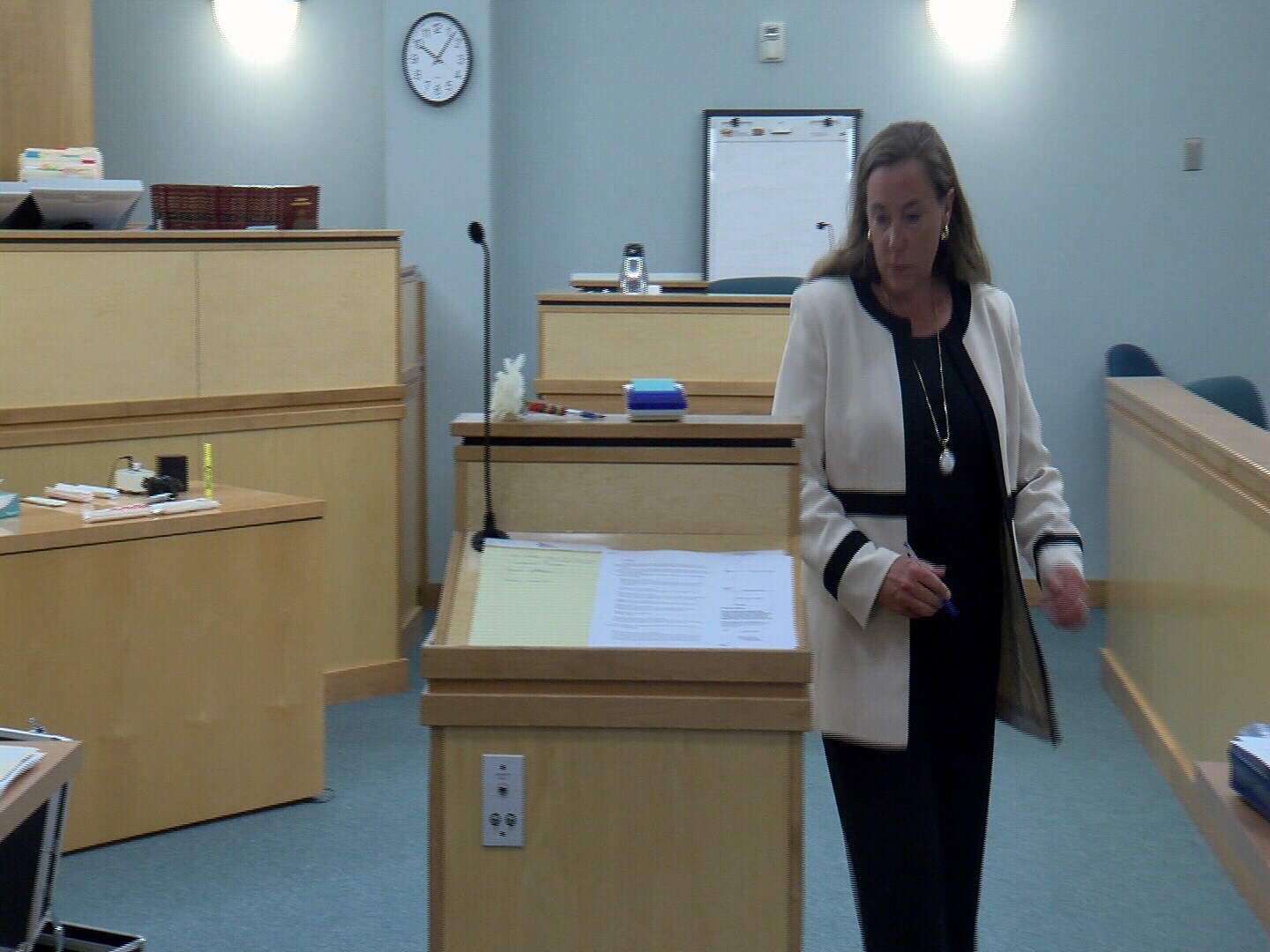 Those employees have not been publicly named as no charges have been filed.

“There has been steps taken so we will not have this happen again,” Payne said.

Tuesday afternoon, Chilson released the following statement to KOAA News 5 in addition to the county check-writing policy and investigation timeline:

“There was a public hearing and sentencing in Court where I informed the Court of the facts relevant to plea and sentencing, including the attached timeline. I also responded to Commissioner McFall (email below) when he inquired. No one has requested our file at this time. It is over 1,900 pages and would be costly to produce, but we would produce it upon a proper request and payment. Summarizing all the facts in a few pages, no matter how fair and balanced one strives to be, inevitably involves  pitfalls of omission. I am encouraged Fremont County is making positive changes to its fiscal management and oversight. That is very encouraging and I commend the County for that. The citation to CRS 24-18-103 is interesting as it is a means of collecting misappropriated monies, and there was no financial loss in this case. It is also interesting to me that public “employees” and “officers” are referenced equally as holding the public trust in that statute. This contradicts the suggestion in the statement you sent indicating Barr is/should be treated differently than other county employees who engaged in the same type of conduct (writing numerous checks to cash, bouncing checks to cash). I filed the charge I believed I could ethically file and prove based on the evidence as a whole, guided by prosecutorial ethics,  due process (duty to avoid selective prosecution) and equal protection considerations. Again, I appreciate the County taking action to improve accountability and public trust.”

Chilson also sent the following email to Commissioner Dwayne McFall regarding the investigation into Barr:

You are always welcome in Court if there is a case or proceeding you are interested in. The DA’s Office has constitutional and statutory duties of notice and consultation to crime victims under the Victim Right Act (VRA), but you and your fellow Commissioners were not crime victims under the VRA in the Barr case. There is more information on the VRA as well as prosecutorial ethics in the charging decision in the materials I provided you all in advance of last year’s budget meeting.

Here is the reason the charge of embezzlement was not filed.

Had there been a policy in place prohibiting the conversion of County funds through personal check to cash writing, I could have successfully prosecuted Barr for embezzlement. Or, had Barr been a lone actor, clearly doing something not approved of and condoned in County Government, even without a written policy, I may have been able to file that charge. However, the facts before me were that County Government did condone it, it was an acceptable practice and it was allowed per written policy.

I note this section appears in the 2016 Auditor’s Report by John Cutler & Associates.

“Elected Officials: All financial transactions of the offices of elected officials of Fremont County (Assessor, Clerk and Recorder, Coroner, District Attorney, Sheriff, and Treasurer) are recorded in the General Fund. The Board of County Commissioners has budgetary authority over elected officials and is accountable for all fiscal matters.”

If embezzlement could be charged against Barr for participating in a wholly inappropriate practice, that should have been clearly forbidden by County policy, then it appears to me so could and should every other County employee who engaged in the practice. It also appears the Board of County Commissioners could be considered complicit in the activity as the Board is accountable for all fiscal matters in the County and there simply was no secret this practice and policy existed. Since the Canon City Police Department did not provide us with a complete list of County employees who bounced checks to cash and wrote checks to cash, there is no way for me to even be confident Barr was the worst offender.

Again, not only does this appear to be an official endorsement of the practices Barr had engaged in (pay it back and nothing will happen) it poses additional impediments to prosecution: immunity from prosecution (Ms. Jackson could be considered a State Actor who induced Barr’s actions and statements upon a promise that nothing would happen if Barr made good on the checks), not to mention the fundamental fairness issues this raises; also attorney client privilege and the prohibition against admitting any statements/actions in a criminal prosecution that are privileged.

On September 29, 2017, County Attorney Jackson came to my Office with Sheriff Beicker to bring the Barr checks to our attention.  We discussed the need for a criminal investigation. I was unaware at that time that the County Attorney had assured Barr of an attorney client relationship, attorney client privilege, and that if she paid the checks back no information would be made public. I only learned this information upon receiving the investigation from the CCPD.

At my office on September 29, 2017, it was agreed Sheriff Beicker would request an agency assist from the CCPD. ADA Thom LeDoux specifically stated at that meeting that getting an opportunity to fully interview Barr before tipping her off would be critical to the investigation (as it typically is) and that it would be important not to alert Barr until the CCPD had a chance to get up to speed and work the investigation. County Attorney Jackson then proceeded to tell Barr she needed to get an attorney, prior to the Canon City PD arranging interviews.

I agree with you that the taxpayers deserve better. What has been happening at the Clerk’s Office is a violation of the taxpayer’s trust. Fremont County citizens should be able to have confidence that County personnel are not pocketing public money to cover them through a weekend before a paycheck clears or for any other purpose. There is a way to accomplish this. It is through responsible stewardship and oversight by the Board of County Commissioners and through the implementation and enforcement of clear written policies prohibiting this conduct. It would also help to train County employees and elected officials in the area of government/public service ethics particularly with regard to how public funds should be handled.

I strongly encourage you to adopt County policies that protect the citizens and assist County employees and officials in understanding what the rules are. It seems to me that you are asking me why I didn’t throw the book at the woman who took 3 quarters from the jar because if she had just been more like everyone else and taken only 1 quarter from the jar, everything would have been fine and business could have gone on as usual. I hope that isn’t how you really view this situation. I hope you can acknowledge that a County Government that allows anyone to take 1 quarter from the jar shouldn’t be hurling stones quite so hard at the person who took 3. It was the lack of clear, consistent and responsible policies in Fremont County Government that permitted this to occur.

At any rate, embezzlement was not a viable charge in this case. In the future, should you adopt and enforce consistent policies, our Office would certainly have traction should anyone continue this practice.