Fountain Utilities will soon flip the switch on a new water treatment facility designed to include groundwater into the city’s drinking water system.

Nearly a year ago, the U.S. Air Force confirmed it found Perfluorinated Compound (PFC) in the foam used by Peterson Air Force Base firefighters. That foam eventually contaminated the city’s groundwater supply.

The city first learned of the contamination in January 2016, but come June 18, the city will turn on the first of two treatment facilities that will transfer treated groundwater back into the drinking water system. 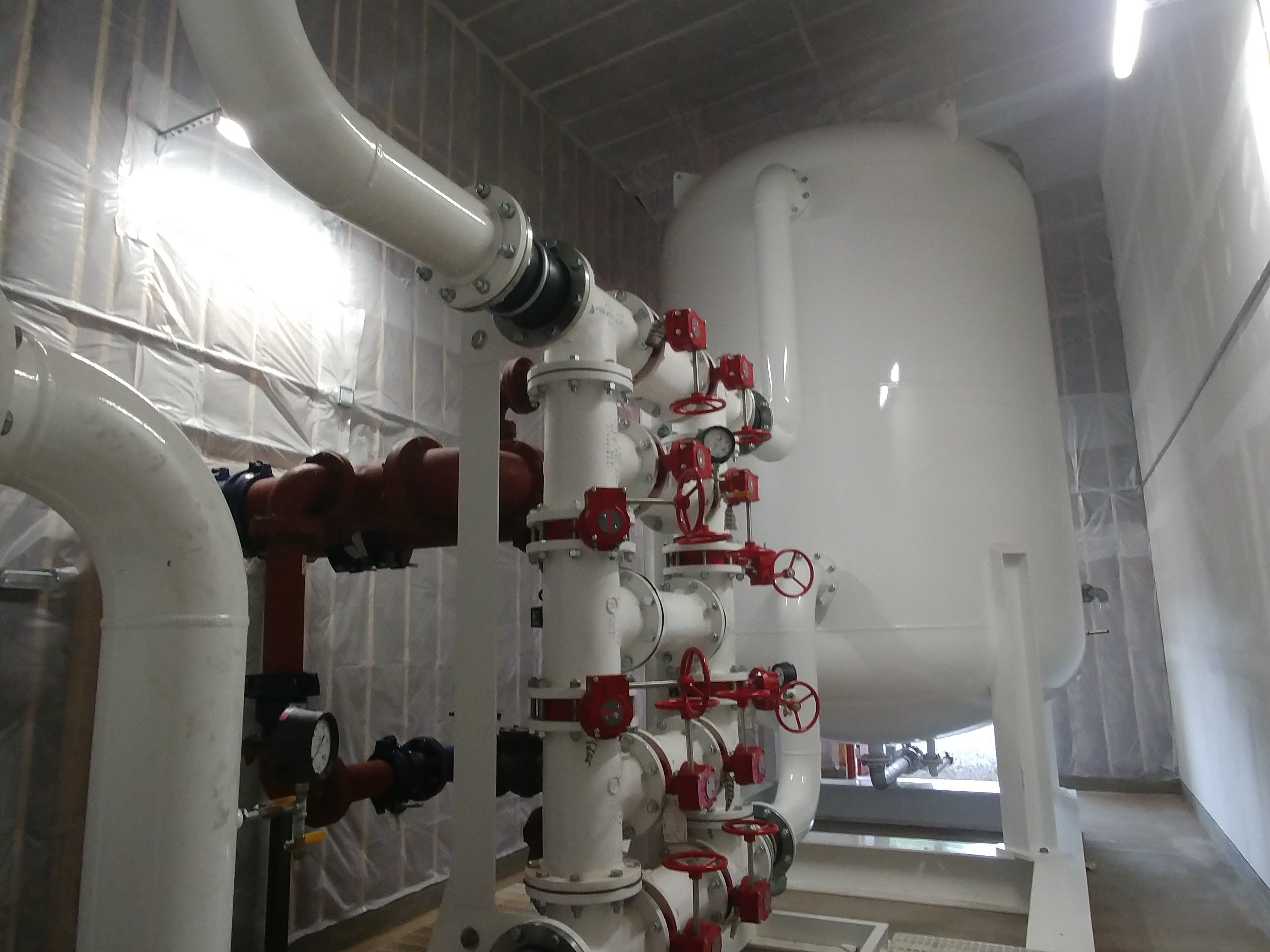 Fountain is turning to Granulated Activated Carbon (GAC) filters. The city connected one of its four wells to the facility, which will cycle the groundwater through two tanks of carbon.

The PFCs then cling to the carbon forming a bond, allowing the water to flow uncontaminated through the tanks and into the drinking water system.

Utilities Director Curtis Mitchell said the city tested the treatment system on a smaller scale for a year-and-a-half, but city staff weren’t satisfied there.

"We wanted to make sure that we could also prove that on a large scale with the big filters," Mitchell said. "It works like we saw in the pilot testing. It takes a week to get the results back, so we took samples last week. We got the results back this week, and we can’t be more pleased."

The two treatment facilities are merely a short-term fix to the city’s groundwater problem.

Fountain Utilities has a long-term plan to pipe all four wells into a central filtration plant, along with several accessory buildings. Altogether, the plan will cost just over $5 million, and the Air Force is footing the bill.

Fountain residents relying on the city for drinking water previously had a pair of options. It either came from the southern drinking system (SDS) or the Fountain Water Authority.