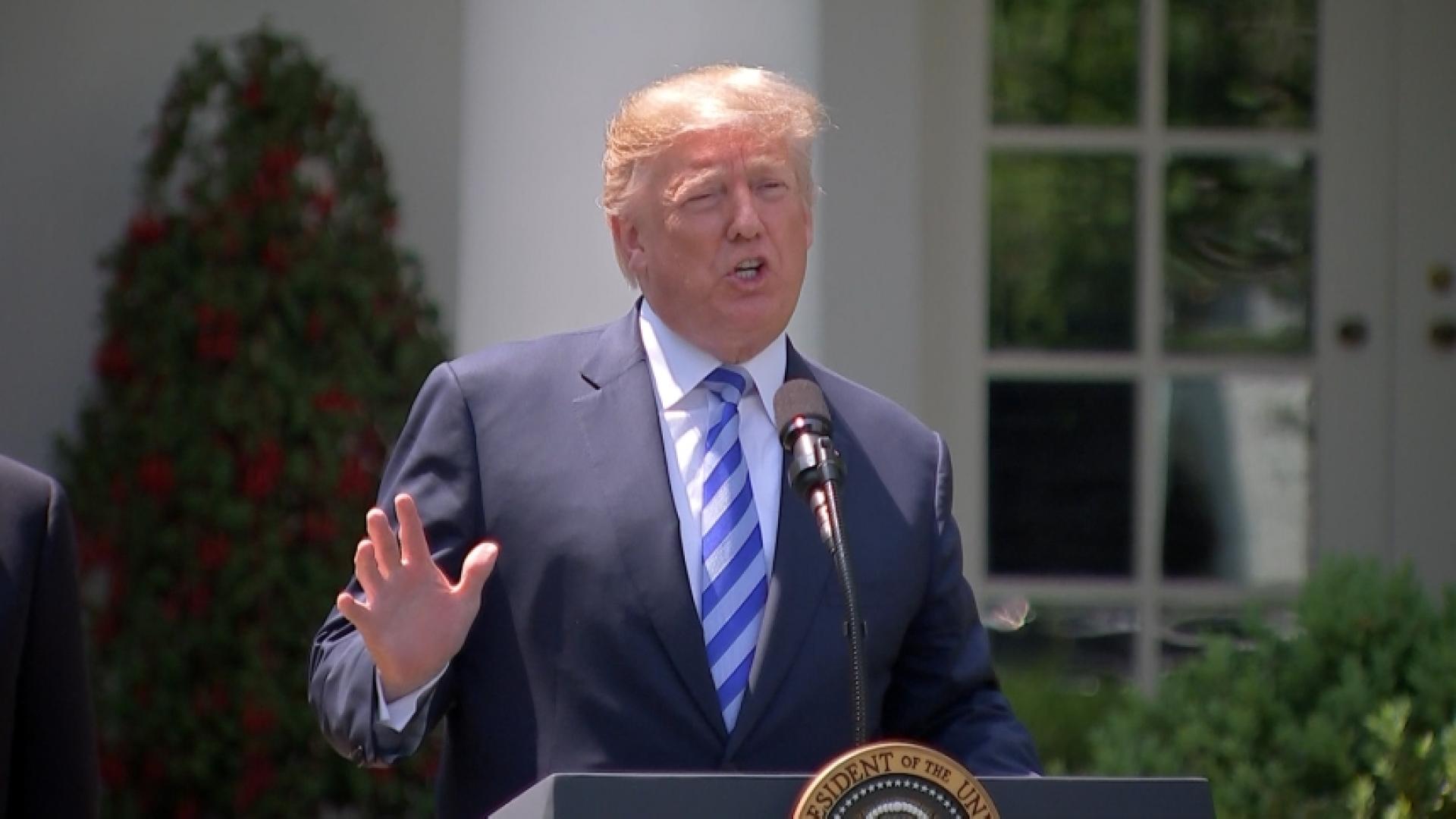 President Donald Trump has called off a visit by the Philadelphia Eagles to the White House Tuesday due to the dispute over whether NFL players must stand during the playing of the national anthem.

Trump says in a statement that some members of the Super Bowl championship team "disagree with their President because he insists that they proudly stand for the National Anthem, hand on heart."

Trump says the team wanted to send a smaller delegation, but fans who planned to attend "deserve better."

He says he’ll instead be hosting "a different type of ceremony" with the U.S. Marine Band.

The NFL recently announced a new policy requiring players to stand for the anthem if they’re on the field before a game. Trump had suggested players who kneel be fired.