Firefighters have gained 10 percent containment on a wildfire in southwest Colorado that has forced the evacuation of about 1,500 residents.

The fire about 10 miles (16 kilometers) north of Durango has burned about 3.5 square miles (9 square kilometers) of timber and brush, with 2,250 acres reportedly burning.

About 200 firefighters have been mobilized to fight the fire, and fire officials hope to have the fire contained on Tuesday. 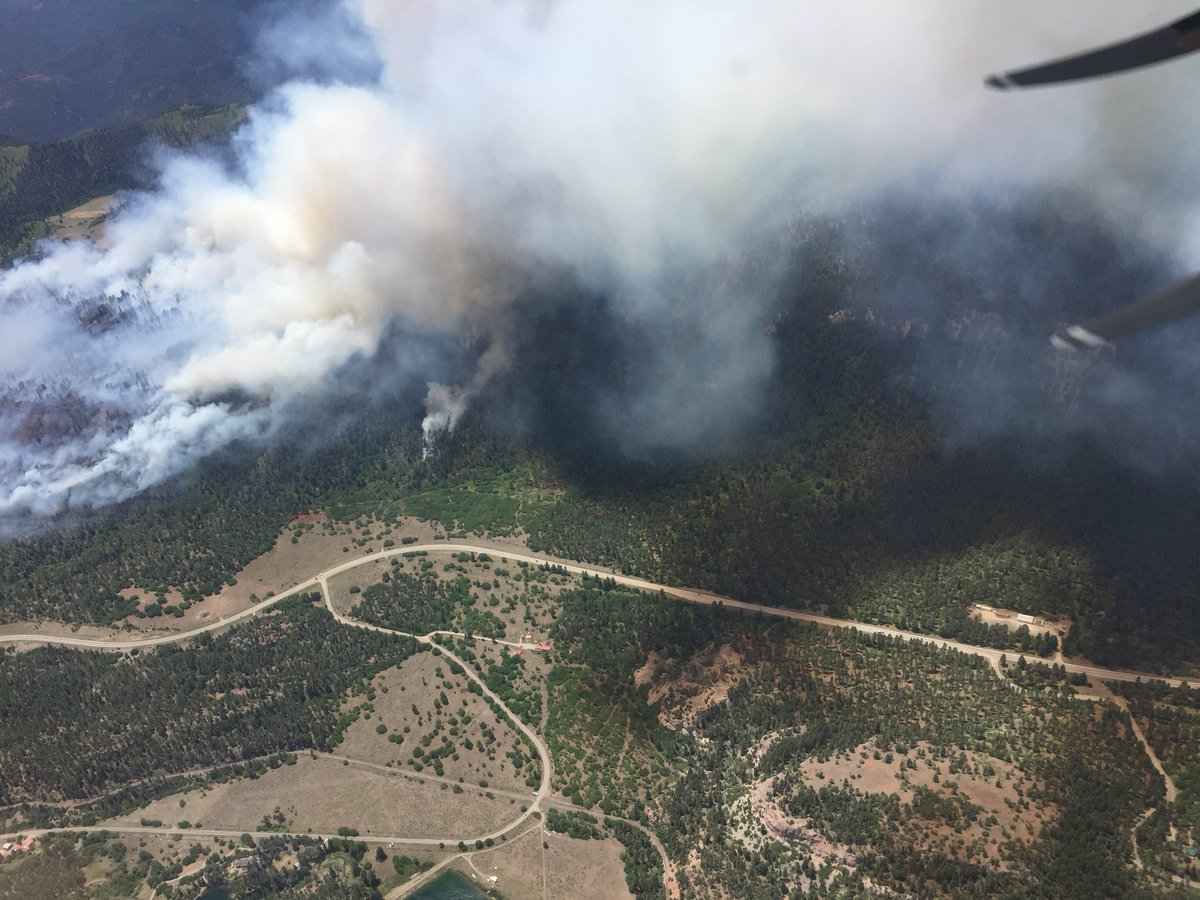 #416Fire update: weather & wind have been fairly cooperative. 3-5 mph w/ gusts up to 10. Major air attacks and ground crews holding fire to the west side of Highway 550 have made #416Fire’s physical growth much less significant than on Friday. Mapping flight planned for 6 p.m. pic.twitter.com/Xg7LpaOqBl

However, Mackensen says the firefighting effort was being taken over Sunday by crews with more technical experience and supported by greater resources.

About 825 homes have been evacuated and 760 homes are on pre-evacuation notice.

U.S. Highway 550 remains closed to most vehicles in both directions from mile markers 38 to 48. It reopened with limitations at 10:30 a.m. on Sunday. Law enforcement will be escorting vehicles through the closed area from mile markers 35.5 to 43.5 until 6 p.m.