The National Interagency Fire Center released its monthly wildfire potential outlook for the month of June Friday, which shows southern Colorado is expected to have an above average fire potential through the month.

From Waldo Canyon to Black Forest, even the Hayman Fire back in 2002, the majority of Colorado’s worst and most destructive wildfires the last few decades have happened in June. 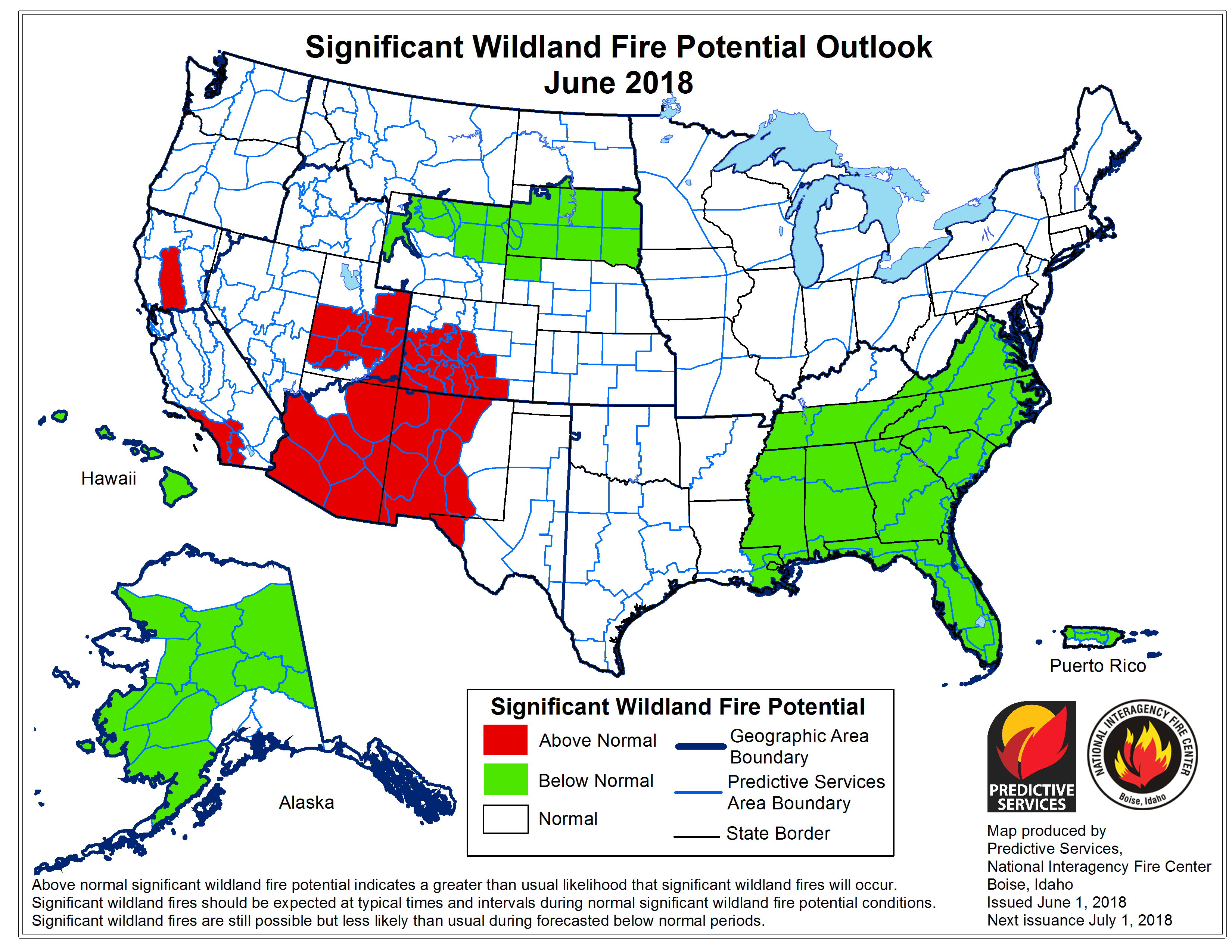 "We’re not getting that moisture quite yet," Taylor said. "That’s what’s the concern is, because things are nice and tall, nice and green, but then we dry out, waiting for the rains, and in that time frame is the month of June."

NIFC’s report shows much of the News 5 viewing area will be prone to large wildfires through June, which News 5 Lead Forecaster Mike Daniels said has been in the works for months.

"Well, it’s just been so dry around here for the past seven months," Daniels said. "The last time we had appreciable moisture was back in September, so between October and at least late April, we had virtually little to no precipitation. We’ve been behind almost every month."

Last year, until September, was a wet year. But all that did is create more available fuel for small fires to consume and expand into much larger fires, like we’ve already seen this year with the Carson Midway and 117 fires.

"When we do have these incidents, it’s literally carrying through the canopies of the trees," Taylor said. "It’s becoming a higher, hotter, more aggressive fire behavior."

And as drought conditions — similar to what were measured during 2012’s Waldo Canyon Fire — continue to grip southern Colorado, Taylor and Daniels said our firefighters could be in for a long month ahead.

"When we’ve had the big fires, we’ve had extremely dry winters and dry springs, so it really culminates during the month of June, when the wind typically acts real strong," Daniels said.

NIFC’s outlook also includes predictions for July and August, which show southern Colorado’s fire danger will return to normal levels. That prediction is based on the arrival of the monsoon, which usually brings much-needed moisture to the state around the start of July.

Still, firefighters ask the public to remain vigilant with all ignition sources.