On Friday, News 5 took a moment to honor a team that has been protecting the streets of southern Colorado for years.

El Paso County Sheriff’s Deputy Mark Miller and his K-9 partner Axel are both recently retired after years on the force. K-9 Axel has overcome a lot in his life, and on Friday they were presented with an award called a "Flag for Fortitude."

The amazing piece was created by ‘Metal Art of Wisconsin,’ who is working to honor teams like Mark and Axel all across the country.

Mark and Axel began working together in 2010 and were partners for the El Paso County Sheriff’s Office for seven and a half years. One of their most well known accomplishments was rescuing a four-year-old boy trapped under a huge pile of tumbleweeds not long after Axel joined the force.

Axel has gained some notoriety for his accomplishments, but also his ‘metal teeth.’ At four-years-old Axel had to have his teeth crowned, giving them the appearance of being made of metal. The new teeth didn’t slow him down though and he continued to serve alongside Mark.

As we said, Axel has been through a lot, and in the last year he was diagnosed with bone cancer. A local vet was able to catch the cancer, but one of Axel’s front legs had to be amputated at the shoulder blade. Even missing one leg, Mark says Axel hasn’t slowed down a bit. "The thing is with dogs, is they don’t feel sorry for themselves like we do. So he’s able to just go on like nothing has happened."

Even missing the leg, Axel can do more than most dogs. Post amputation, Axel completed his certification in narcotics. "So he still wants to do the job," said Miller.

Though they are both retired, the team plans to keep doing work to help those in the community. Their new job will be at the Denver Children’s Hospital, where they will work to hopefully bring some joy to patients.

You can find more information on Metal Art of Wisconsin here. 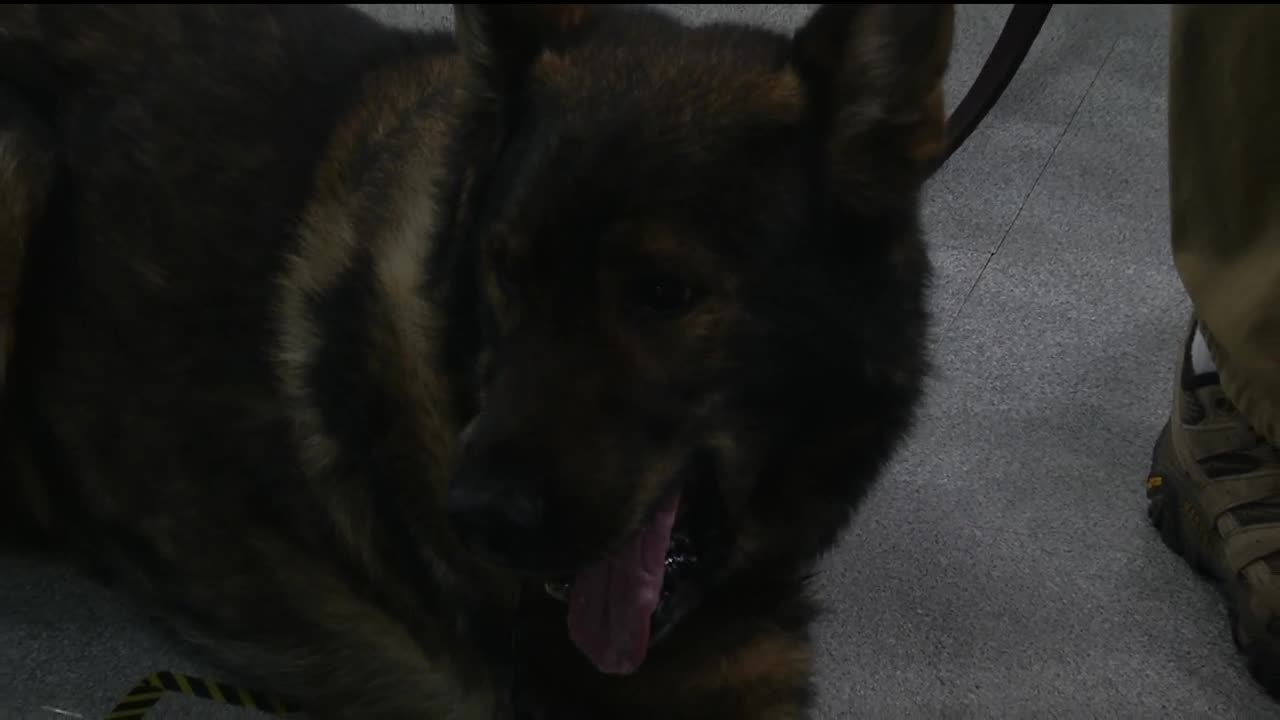